The ethics of arts support became a much debated topic because of an art world controversy. The catalyst was the threat by some selected artists to withdraw their participation in the 2014 Biennale of Sydney because of the business activities of a major donor in winning a contract to provide services to refugee detention centres.

Some artists threatened to withdraw their participation in the 2014 Biennale of Sydney due to a funding relationship with Transfield who were also contracted to provide services to refugee detention centres. In response to the protest and its consequences, the then Federal Arts Minister, Senator George Brandis instructed the Australia Council to develop a policy which would make its funding conditional on artists or organisations not 'unreasonably' refusing to accept or continue private sector support.

NAVA believes that the relationships between givers and recipients of private sector support are particular to every case and are based on mutual regard or benefit. The ethical standards which underpin the relationship need to be decided between the parties to the agreement, not by government.

However, as the peak body responsible for setting best practice standards for the industry, NAVA supports the initiative to try to offer guidance to the arts sector about what risk factors they might wish to take into account in entering into a relationship with either a private or public sector supporter.

NAVA contends that a policy which makes public funding conditional on the acceptance of private sector support could severely compromise members of the arts sector's ability to make their own decisions on ethical or any other grounds. Though there is a majority of companies and philanthropic individuals whose support would be and is greatly valued, some have programs which could be completely antithetical to the values and principles of the artists or organisations concerned.

Artists and art organisations must be granted freedom of choice as to what kinds of sponsors or philanthropists they allow their name, arts activities and reputation to be publicly associated with. To disallow artists or arts organisations the opportunity to exercise their right of refusal as a condition of government funding would seem entirely unreasonable. 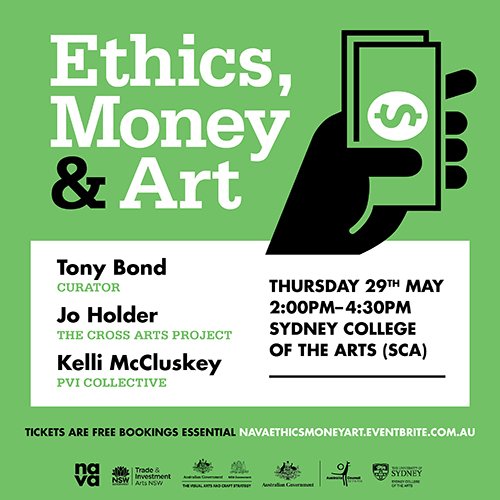 The ethics of arts support became a much debated topic when artists threatened to withdraw their participation in the 2014 Biennale of Sydney because of the business activities of a major donor in winning a contract to provide services to refugee detention centres. In May 2014, NAVA presented this public forum in partnership with Sydney College of the Arts (SCA) featuring Jo Holder, Tony Bond, Oliver Watts, Kelli McCluskey, and Phillip Wright.

Q&A with the Artist Committee 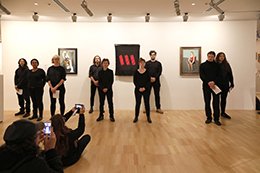 Performative intervention at the National Gallery of Victoria in protest against their support of the immigration detention industry through their contract with Wilson Security. Photo: Tatjana Plitt

In 2017 the Artists’ Committee commenced a project that examines and highlights the National Gallery of Victoria’s connection with the immigration detention industry through its contract with Wilson Security - the company that provides security on Australia’s offshore detention centres for asylum seekers on Manus Island and Nauru. This project aims to end NGV’s commercial partnership with Wilson Security through a series of unsanctioned performative interventions. We caught up with the artists to discuss commercial ethics and the important role that art and artists play to make change. 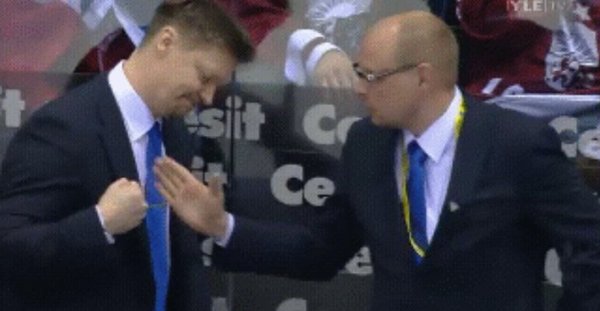 In the aftermath of the Arts Minister George Brandis' interventionist response to artists challenging the ethics of the 2014 Sydney Biennale's arts sponsorship by Transfield, artists and arts organisations are asking themselves and one another this question – in trying to get money for cultural activities, who should decide if there is an ethical boundary where we should draw the line? 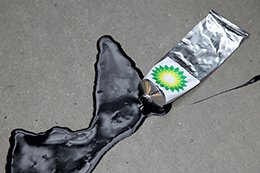 There are lots of guides for artists on how to earn a living from art or how to raise funds to support making it, but few which help us ask what the ethical implications are of the routes we choose. In this Live Art Development Agency Study Room Guide, Jane Trowell of arts, social justice and environmental group Platform, UK has selected some key texts that we think are useful in helping to position ourselves ethically with regard to financing or supporting artistic practice through business or corporate sponsorship.