Reimagining Equality is a forum event with artists and curators to discuss equality in the arts at Bankstown Arts Centre. 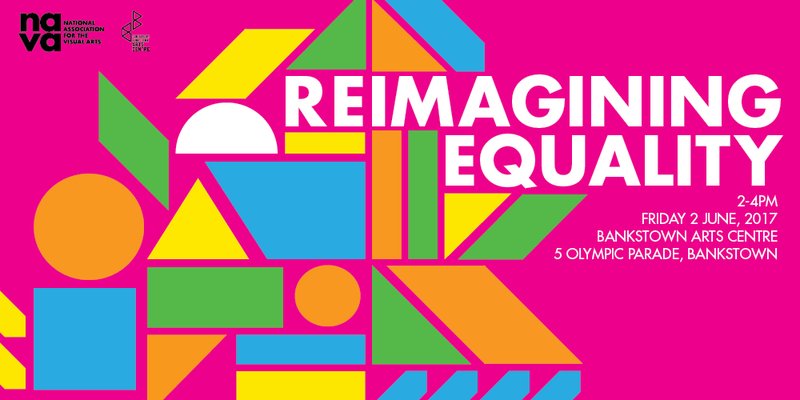 This event hosted by NAVA aimed to bring women artist/arts workers in Western Sydney together to develop key actions, input and outcomes for identifying and delivering on the future of equality in the arts. It was about ensuring women’s voices and needs are considered in policy development, leadership and project/exhibition opportunities while simultaneously cultivating a space for collaboration between audiences and participants.

It was also focused on ensuring NAVA’s advocacy activities are transparent and engaging, while encouraging grass roots support for issues. This included training on activities to take, establishing coalitions and networks, developing key messages. It is about working collaboratively to achieve aims and understanding that NAVA cannot do it by itself.

A live recording of the event is available below:

Grainne Brunsdon is Director Engagement, Partnerships and Development at Create NSW and has more than 20 years experience working in the creative industries. In addition to previous roles at Screen NSW and Arts NSW,

she worked in leadership positions in international cultural relations with the British Council, with arts organisations in Sydney and teaching design studies at tertiary level.

Megan is currently the Curator Contemporary Art at Campbelltown Arts Centre, she has completed a BA in Visual Arts, a Graduate Diploma in Secondary Arts Education and a Masters in Arts Administration at the College of Fine Arts. Megan has coordinated and managed the Centre’s Visual Arts Program as the curator for 5 years, key curatorial projects at the centre include The List (2014) and Video oedIv (2016). In 2015 Megan was the NSW emerging curator for the 2015 Venice Biennale, and in 2016 she spent 4 months with Studio Voltaire, London on an independent curatorial residency. Recently, Megan was a delegate as part of the Australia Council for the Arts 2017 Art Basel Hong Kong Tour.

Mouna is an arts manager and cultural producer with over 25 years’ experience in the community arts and cultural development sector. She has been the Co-Director of the Arab Film Festival since 2007. In 2015 she was appointed on the Film and Television Industry Advisory Committee (Screen NSW). She worked for Information and Cultural Exchange (1999-2016) as a cultural development worker and program manager developing professional development programs for artists, producing resources, coordinating cultural events, performance and screen-based projects with artists, communities, business and organisations. Mouna has also worked for Urban Theatre Projects as administrator and project officer (1992-1997) and Casula Powerhouse Arts Centre in administration, curatorial and project coordinator roles (1997-1999) and a range of other community and youth based organisations as a freelance project coordinator and consultant. She is currently employed at Campbelltown Arts Centre as the Business and Development Coordinator overseeing operations, audience engagement, community and education programs, funding and stakeholder relations.

Tian Zhang is a curator, creator and producer of projects that position people and culture above all else. She is interested in exploring diverse modes of thinking, creating and practicing, often with a socially-engaged or experimental focus. Her first significant curatorial project, I Am, You Are, We Are, They Are, exploring disparities between personal and national identities, was exhibited recently at Peacock Gallery in the vibrant suburb of Auburn in Sydney's West.

Previously, Tian has curated and created immersive exhibitions and works for Brisbane Festival (2011), Brisbane Experimental Arts Festival (2012) and Brisbane Artist Run Initiatives Festival (2012), the latter through Small Lakes, an interdisciplinary initiative she directed and co-founded. As a producer, Tian has produced site-specific works across disciplines. She is currently the Producer at Urban Theatre Projects, working on the award-winning Bankstown: Live (Sydney Festival, 2015), Home Country (Sydney Festival 2017) and the documentary One Day for Peace (2015), screened on ABC's Compass.

Natalie is a creative instigator and writer whose passion for the arts is contagious. She has experience working with not-for-profit, local government and international art organisations. Since 2012 she has been independently instigating strategic partnerships as 'Wadwell Initiatives' to develop art projects in alternative spaces. Natalie's diverse skill set transfers across arts administration, social entrepreneurship and community engagement. Natalie is a published writer and recognised public speaker on issues affecting young people, western Sydney and the arts. Her recent role is as the co-instigator of State of the Arts, a digital platform dedicated to decentralising arts journalism and creating opportunities for writers. 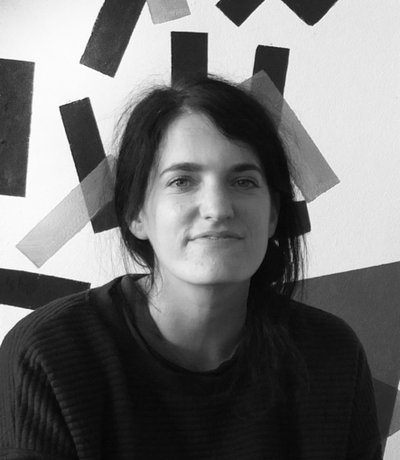