Until now art statistics have provided essential information to governments and the sector itself. But no longer. 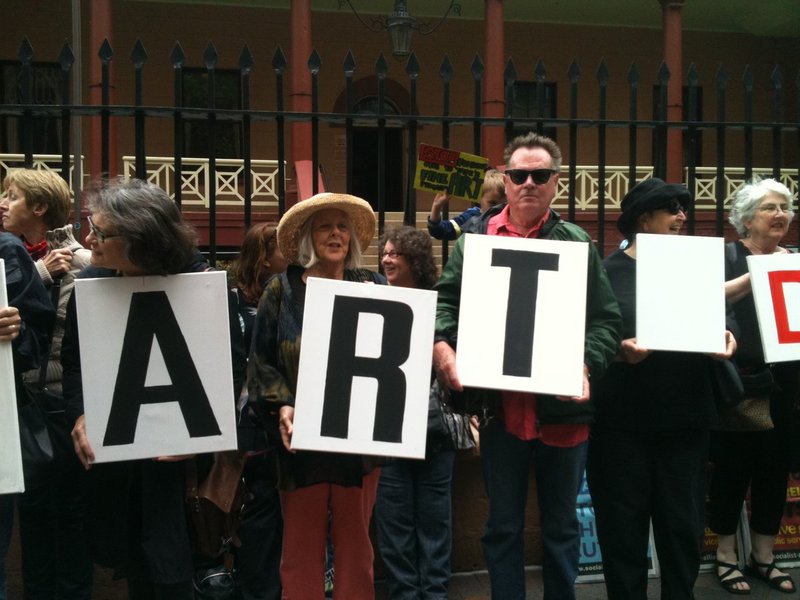 Of huge concern to all in the arts is the recent news that the Australian Bureau of Statistics (ABS) will no longer be collecting and reporting arts, culture, sport and recreation data. Because the ABS is being required to make ongoing expenditure reductions of A$50 million over three years, its 2014-2018 forward work plan released in August revealed that the arts and sport are to be the major cost saving casualty. This includes the disbanding of the expert National Centre for Culture and Recreation Statistics which has been responsible for directing the work of the ABS in this area.

NAVA is extremely concerned at the loss of this essential service to and for our industry and the evident undervaluing of the huge contribution being made by arts and culture to the Australian economy and to social wellbeing. The ABS' data estimated that in 2008 – 2009 cultural and creative activity provided a Gross Value Add (GVA) of $86.0 billion (6.9%) to Australia's economy. This outranked retail trade ($57 billion - 4.9%) and education and training ($53 billion – 4.6%) and more than doubled the contribution of agriculture, forestry and mining ($29 billion – 2.5%). So why is our industry being targeted for erasure?

In its Culture and Recreation News bulletin for 2014, the ABS gave examples of the kind of incredibly valuable data it has been collecting which informs both government policy and the industry itself. In response to strong user interest and informed by public consultation, in February it released the first Australian National Accounts: Cultural and Creative Activity Satellite Accounts, Experimental, 2008-09. The ABS commented, “It is one of the few cultural and creative activity satellite accounts in the world and allows users to gain a picture of the value of this sector and how it interacts with the rest of the economy."

In August 2013, the ABS published Cultural Funding by Government, Australia, 2011-12 which provided survey details about expenditure on arts and cultural heritage at all levels of government. Updates to Employment in Culture were released in February 2014 providing summary data on selected cultural occupations and industries from the 2011 Census of Population and Housing for all states and territories of Australia. The profiles also contained information about both adult and children's participation in cultural and leisure activities and cultural funding by government.

The ABS also recently participated in the UNESCO Pilot Survey in Cultural Employment Statistics. which created new indicators to measure the contribution of culture to economic and social development, and the conditions of those employed in the cultural sector. Australia is one of 20 countries invited to participate in this pilot survey.

Australia's most respected cultural economist Professor David Throsby AO from Macquarie University sent us his letter which was published recently in the Australian Financial Review. He castigates the Government for its “pursuit of short-term budgetary objectives (which) are likely to have adverse longer-run consequences". He affirms that the work of the National Centre for Cultural and Recreation Statistics over more than 20 years “has provided data on the arts, culture, sport and recreation in Australia that have been vital to policy making by governments of all political persuasions at Federal, State and local levels". The Centre has built up an enviable international reputation as a world leader in the development of statistical services in the cultural and recreational fields," with its pioneering current project on satellite accounts “providing information essential to an understanding of the role of the creative industries in the wider innovation economy".

Regional Arts Australia has weighed into the fray with its President, Dennis Goldner saying "We also believe this move undermines the work of the Meeting of Cultural Ministers (MCM) and their national cultural data collection, research and analysis." Mr Goldner asserted, “The continued growth and wellbeing of cultural and creative activity aligns with Australia's economic interests, but it is also central in promoting Australia as a clever country."

NAVA will be consulting with other members of ArtsPeak (the confederations of Australian peak arts industry bodies) and devising a course of action to try to reverse this decision which will be so damaging to the whole arts industry.