Working towards the recognition of artists' professional status is a worldwide issue. Executive Director Tamara Winikoff discusses the work being done overseas and the repercussions for Australia. 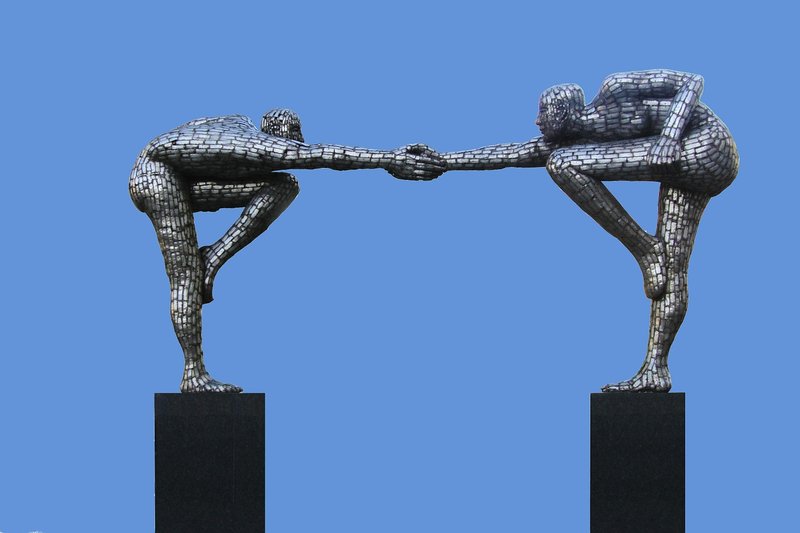 Artists round the world share many of the same challenges though it's fascinating to see how differently each country deals with them. In this case I'm talking about things that make artists' eyes glaze over like tax, social security, copyright, moral rights and resale royalties, artists fees, art education and so on. Boring, until artists realise what an impact it has on their working lives.

More than most artists realise, the climate for the arts can be very much affected by legislation and the implementation of the law. Luckily these are matters that peak bodies like the National Association for the Visual Arts (NAVA) find riveting. Not only do we research and provide advice to governments on this sort of thing in our own country but increasingly we are working in collaboration with our sister organisations overseas, sharing strategic information and ideas for campaigns to improve artists' rights and working conditions.

Status of the Artist is the latest area of shared interest which has been revived by the work being done both by UNESCO and by the Slovak Union of Visual Arts and Slovak Coalition for Cultural Diversity. NAVA has contributed information about Australia to both studies. The new survey by UNESCO concentrates particularly on four areas: digital technologies and the internet; transnational mobility of artists; social protection; and freedom of artistic expression. The results will be presented to the UNESCO General Conference later this year. The reason this is potentially important is that it is a means to gain recognition of artists' professional status. From this a lot of other things flow.

In Australia some of the elements which would come under the umbrella of Status of the Artist legislation are continuing projects for arts advocates to address. Copyright and resale royalties are examples where a lot hangs on the decisions about to be made by the current Australian government. Hard won rights for artists to earn royalty income - rights which have taken years of campaigning - are hanging in the balance. It takes concerted effort by artists and their representative professional associations to stop powerful commercial interests from scuppering these legislative instruments. Ironically, right now in China, the US and Canada there are strong moves to introduce a resale royalty scheme similar to what we have in Australia.

Every so often something bubbles up that captures everyone's attention. The tragic murders of Charlie Hebdo cartoonists in Paris has made freedom of expression an international talking point. Interestingly, it has been used by the Australian government as an opportunity to try again to change the Racial Discrimination law that bans language that offends, insults or humiliates people. Currently artists are protected. However, the proposed change could remove the existing exception which allows anything that is artistic work or fair comment on matters of public interest, provided that it is done reasonably and in good faith.

One area in Australia where there is no legislation yet is that of artists' fees. Joining its sister organisations, a-n Artists Information Company in the UK and CARFAC in Canada, NAVA has been lobbying for payment of artists' fees to be mandated at least at the industry rate. This rate is set in the NAVA Code of Practice. The WAGE (Working Artists and the Greater Economy) group in New York has established a certification program which sets payment standards and publicly recognises non-profit organisations that meet the minimum artists' fees payment standard. In Canada, CARFAC has support from the Canadian government through the provision of the Exhibition Right in the Copyright Act, which mandates the payment of fees when work is shown in a non-commercial context by non-profit organisations and artist-run spaces. If these organisations don't pay exhibition fees, their funding may be withheld. In Australia, NAVA has been seeking the support of the federal and state arts funding bodies to mandate the payment of artists' fees by any organisation receiving funding. We also have been seeking a government commitment of $3 million/year to assist underfunded organisations to meet the industry standard.

Working together with international colleagues has provided both an invaluable source of ideas and feedback and a great sense of solidarity around the world. Informal working groups come together around particular issues and we offer one another moral and tangible support. Being able to draw on the data and experience from elsewhere adds significantly to the weight of argument which can be brought to bear. With the magic of communications technology we are becoming one world in artists rights.