Brandis out of touch

Yesterday, federal Arts Minister Senator George Brandis demonstrated his disdain for the broader arts sector when he chose to ignore an invitation to meet with 65 independents artists and representatives of arts organisations who had travelled from every state and territory to meet with members of all three main political parties at Parliament House in Canberra. 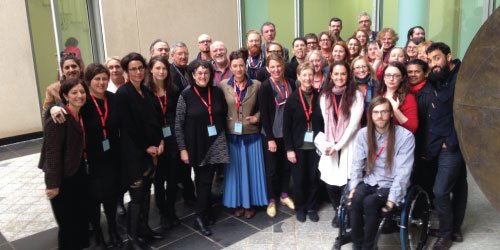 While several ALP and Greens politicians willingly entered into discussion with the group, Brandis chose instead to meet only with representatives of the major performing arts organisations to talk about his plans for a boost to their international touring capacity.

His biases became even clearer in his response to a question in the afternoon from Labor’s Senator Jacinta Collins who asked whether Brandis could confirm that he has not met with the over 60 representatives of arts organisations in Parliament House. He did not answer this directly but instead said “I.. met with representatives of AMPAG, the Australia Major Performing Arts Group, which represent the 28 most significant performing arts organisations in the country…and I cannot tell you how enthusiastic they were about the National Program for Excellence in the Arts.”

Well I guess they would be since it seems highly likely that they will be getting a good chunk of the $105 million that has been excised from the Australia Council’s funding over four years. That will be in addition to the 65% of the Council’s budget that already goes to the major performing arts organisations.