Arts activists this week are celebrating the success of the call for a Senate Inquiry by ArtsPeak (the confederation of national peak arts organisations). Labor and the Greens proposed the motion in the Senate on 16 June and were supported by all crossbenchers. The Inquiry will be conducted by the Legal and Constitutional Affairs Reference Committee for report by 15th September. 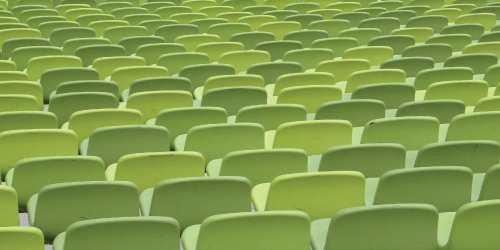 The value of an Inquiry will be to put under scrutiny the impact of the 2014 and 2015 Commonwealth Budget cuts to the arts and proposed changes to the nature of funding arrangements. The Arts Minister is progressively stripping money from the Australia Council’s budget to establish his own preferred programs, the National Programme for Excellence in the Arts (NPEA) and a national Book Council to be managed close to home by his department, the Ministry for the Arts.

The Inquiry will look at the potential for political interference through funding decisions being made by the Minister’s departmental staff and whether freedom of expression can be protected in these circumstances. In 2013 the Minister tried to gain greater influence when the Australia Council Act was being rewritten, and currently there has been a chilling effect on protests by some companies and individuals who are fearful of endangering their funding through expressing their opposition to the changes.

Particular reference will be made by the Inquiry to the impact on small to medium arts organisations, individual artists including young and emerging artists and the Australia Council itself. It will also look at the affect on state and territory funding programs which are complementary to those of the Australia Council, as well as private sector support which is often leveraged based on core funding from the public sector.

Other areas to be examined will be the proposed criteria to be adopted by the NPEA and its implementation processes. There is concern that tax payers money will be wasted by setting up a program which duplicates what the Australia Council already does with the majority of its funding which supports the major performing arts organisations mainly focused on offering the traditional canon through the programs of opera and ballet companies and symphony orchestras. The small to medium (S2M) arts companies will be the losers. Even within the ranks of the major performing arts companies, there is recognition by many that their work is nourished and invigorated by the younger generation of practitioners whose ideas are rooted in and inspired by C21st. interests and concerns and nurtured through the S2Ms.

One of the areas which the Inquiry will be examining will be to gauge whether the new arrangements will ensure access to a diversity of quality cultural experiences.

It is evident to anyone with an understanding of the Australian arts scene, that cultural expression is as diverse as the community itself. While many love the classical repertoire, their taste is not limited to the traditional material presented by the opera, ballet and symphony orchestras. The major state galleries use to see their role as primarily to present works from their collections and touring blockbusters of the artistic canon mostly from Europe. But now this is changing. Increasingly galleries are staging exhibitions which celebrate the latest art, architecture, design, fashion, performance and cultural practice which reflects the complex creative landscape of Australia and its dynamic cultural identity.

After the first federal arts budget shock waves passed through the arts community it quickly began to mobilise. It is unusual for arts people to unify and take public action. However, in this case, differences are being put aside to deal with the bigger challenge that is posed to the fragile and vulnerable contemporary arts ecology. What has been put at risk is the Australia Council’s remaining discretionary funding which has an emphasis on diversity and innovation through the support given to more experimental and innovative work produced by contemporary artists and supported through the engine room of the S2Ms.

ArtsPeak took the lead in immediately calling for a Senate Inquiry and many other action groups began to form. Petitions are being signed, letter campaigns organised, meetings held with decision makers at federal and state level and fun events staged with serious intentions like the national dance action in May and the satirical images produced for Art of Brandis.

A large delegation was in Canberra on 18 June to meet with arts politicians to express their concern and ask for changes to be made. They called for the protection of the Australia Council from raids on its budget and an increase in arts funding overall to deal with the lack of support for the volume of excellent and diverse projects on offer. They drew attention to the danger of jeopardising the small businesses run by artists.

What the Minister has done, perhaps inadvertently is to motivate the arts sector and its audiences, clients and supporters to demand to be consulted and heard. Australia is in real need of a well researched arts policy which could form the basis of the important decisions which will nourish the contribution of all forms of Australian cultural expression to the economy, social wellbeing of the community and the way we are perceived internationally as a people and a place.