In the Midst of Chaos One Good Thing

If nothing else, one good thing to come out of the artquake caused by the funding cuts in the last two Federal Budgets, is the coalescing of the arts sector into a formidable machine. There has been a clear demonstration that when sufficiently pushed, the arts can speak with one voice. The more than 2260 submissions to the Senate Inquiry into the arts cuts was an amazing show of strength of conviction by the arts community and its supporters, audiences and participants of all kinds. 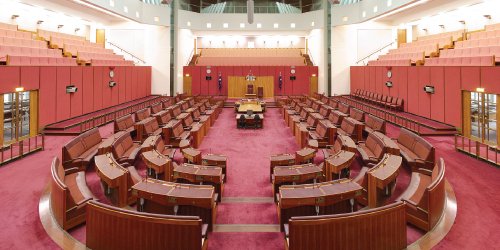 These recent federal government arts funding decisions have generated a great deal of arts sector response, some very serious and some suitably satirical. What is clear is that the push back is not going to go away any time soon. There are organisational hubs taking the lead. One of them is ArtsPeak, the confederation of national peak arts organisations and arts industry councils. Though this group of 32 advocacy organisations has no paid secretariat, at crucial moments it mobilises. As soon as the 2015 Budget implications became clear, ArtsPeak called for a Senate Inquiry. This call was answered by Labor and the Greens and the Inquiry is now underway with a due reporting date of 15th September.

Though still evolving, ArtsPeak has quite a long history. Established in 1998 and formalised a year later, it built on the recognition by the peak arts organisations that a national voice was needed for the arts, and peak national organisations could benefit from sharing experience and information about the arts industry. In its early days, twice a year the Australia Council brought the members together to upskill them in strategic planning methodologies and to take a litmus test of its latest policies and program plans. Alongside these meetings, the participants worked on their shared role in advocacy, over and above their individual lobbying work for the special interests of their own constituents.

When the Australia Council was originally established in 1975, there was some expectation that it would be the national advocate for the arts. However, though the Council built an impressive bank of data and commissioned some valuable research, its capacity to speak publicly on contentious matters where legislative or regulatory change was needed gradually diminished, nor was it able to act on behalf of arts interest groups to change industry conditions.

Consequently, the need for an independent lobbying voice for the arts was recognised and out of this, in the 1980s Arts Action was the first version of a voice for the arts to evolve. Arts Action was in fact of a small group of influential people with good arts credentials who would take key issues to Canberra to seek response from relevant politicians. By 1993, emulating the UK model, a National Coalition for the Arts was established with a membership from amongst the peak national arts organisations to complement the emerging state based Arts Industry Councils. For a while its secretariat was paid for by a grant from the Australia Council. It held a couple of national symposiums and produced a newsletter. However, this lasted only four years and when the dollars ran out, it closed down.

Almost immediately ArtsPeak took its place as a voluntary confederation of all the national peak arts organisations. Where there wasn’t a peak body, one of the state organisations was nominated by that particular sector to represent it on ArtsPeak. Its mission was to lead and facilitate purposeful advocacy for the arts in Australia, synthesising information provided by its member organisations to drive the national debate in innovation, creativity and industry development. Its four aims were to promote industry development, undertake research and policy development, advocate for the arts at a national level and facilitate communication on the arts. These principles are still the guide for ArtsPeak’s work today.

Over the years of its existence ArtsPeak has developed policy positions and taken them to Government and the Australia Council. It has caucused to develop these positions and met with politicians from all parties to try to convince them of the value of certain ideas. At times these ideas have been included in election policies. ArtsPeak also has written submissions in response to calls from the government for industry advice and made comments in the media to draw attention to matters of public interest. It is nimble, responsive and independent.

The need for this unified voice for the arts has never been greater.

and co-convenor of ArtsPeak