What is needed to foster Australian craft and design?

In grappling with this challenge, great ideas have emerged out of conversations amongst some really accomplished Australian practitioners, curators, writers and academics. These discussions were precipitated by the Women in Design colloquium organised in July by Design Tasmania and held in Launceston, Tasmania. 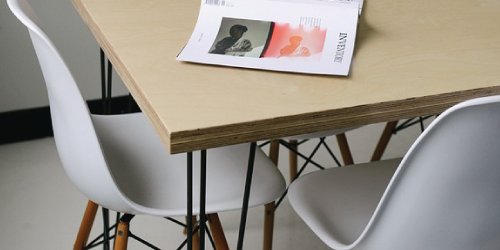 In grappling with this challenge, great ideas have emerged out of conversations amongst some really accomplished Australian practitioners, curators, writers and academics. These discussions were precipitated by the Women in Design colloquium organised in July by Design Tasmania and held in Launceston, Tasmania.

Top of mind for the group is the problem of copying which is rife in Australia. While in the UK it is illegal to sell knockoffs, no similar protection exists in Australia. This is making it almost impossible for the creators of original designs and products to sustain a career. The UK recognised it had gaps in its design protection and the famous furniture company Herman Miller worked with the UK government to improve its intellectual property framework. Now design registration of a product is free. One UK organisation paving the way for intellectual property protection in design is Anti Copying in Design (ACID). In Australia design registration is expensive and only provides 10 years of cover compared with copyright which lasts until 70 years after the death of the creator. Craft and design practitioners want the Australian Federal Government to give the issue of protection against copying much closer scrutiny as part of the current review of design registration legislation.

Equally problematic are the challenges for Australian designers in conducting an international career from Australia. The barrier of distance for conducting overseas projects makes it taxing to try to be there on a regular basis and obviously paying for overseas flights is expensive. As an example, when travelling to Belgium, one designer in the group reported that in maximising her time, she worked for two days straight on a project. However, her European counterparts found it exhausting as they are normally accustomed to working only in two hourly sessions.

While overseas, having no local base is an issue for Australians working with international companies in multi stakeholder projects. Having a physical address makes it it appear that one has an office locally. One great suggestion from the group was for a communal office to be set up for designers to use with a phone number and hot desk. A recommendation was made for State Government international offices to be made available for use by Australian designers.

The group also proposed the need for a freight equalisation scheme. Freight going back overseas is cheap because Australia is a big importer of goods. It would be advantageous to have subsidies which encourage Australians to export products and take advantage of this cheap freight.

One of the major challenges for craft and design micro businesses with small turnover is attracting manufacturing investment or government assistance. The previous federal government’s Enterprise Connect program provided good support, but the eligibility threshold was too high ($1m) and the scheme lasted only three years. In 2005 the Visual Arts Board of the Australia Council very successfully trialled a ‘Maker to Manufacturer to Market’ (MMM) program but it too lasted only three years. The group felt it may be time to reprise this scheme.

R & D grants are a missing ingredient. There is an assumption that design is funded by a company, however, in today's market, companies are risk adverse. Sadly, design seems to slip through the cracks between arts and innovation. In the early 2000s, Tasmania had a Manufacturing Design Fund which offered grants to assist designers to commercialise their ideas by giving them access to manufacturing technologies and experienced mentors. The grants were allocated to designers to undertake a self-initiated residency with a business of their choice anywhere in Australia. The group enthusiastically recommended that this program should be adopted right around Australia. Such a manufacturing design program could kickstart projects.

In addition, a residency program is needed not unlike what is offered for the arts sector.

This could support craft and design practitioners with a subsidy to work in private sector organisations or companies, similarly to the Federal Government's Research Connections program. While many artists work in isolation, designers are involved in problem-solving and often need to work collaboratively.

To support, build and advocate for craft and design in Australia, in 2013, a partnership was formed between the National Association for the Visual Arts (NAVA) and the Australian Craft and Design Centres (ACDC) to undertake the National Craft Initiative (NCI), funded by the Australia Council. Its task was to do collaborative research work, set industry standards and stage a major event for the sector. Excitement is mounting over this impending major talk fest on September 17 – 19, Parallels: Journeys into Contemporary Making presented by the NCI in partnership with the National Gallery of Victoria. A swathe of international craft and design celebrities have been invited to share the platform with local high achievers to exchange exciting ideas about the shifting priorities and emerging global and local opportunities for craft and design in the C21st. Some big ideas are expected to emerge in examining the changing and expanding role of craft and design. These ideas will be picked up for further investigation and implementation by the National Association for the Visual Arts (NAVA), the Australian Design Alliance and the ACDC.