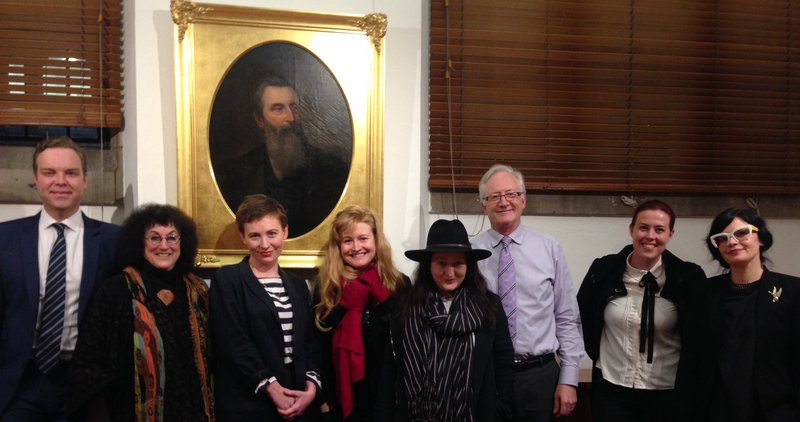 Opposition to the closure of Sydney College of the Arts (SCA) was vehemently expressed at the meeting last Friday with the Provost and Deputy Vice-Chancellor of the University of Sydney, Professor Stephen Garton by a delegation of art industry professionals led by peak national industry body, the National Association for the Visual Arts (NAVA).

NAVA has written to the Senate of the University of Sydney, expressing concern that the university’s reputation would suffer significant damage if this proposal to close SCA proceeds and asking for a meeting to discuss alternative options.

The delegation urged the University to examine other options including the possible relocation of the art school onto the main campus, rather than decanting its undergraduate students to University of NSW Art and Design and ending its more than 25-year commitment to art education. The delegation accused the university of simply treating this as a short-term business decision and pointed to the statistics which offer a compelling picture of why the relinquishing of the art school within any university would be misguided and short-sighted.

Tamara Winikoff, Executive Director of NAVA said. “One option is for the art school to move to the main campus. This would mean that not only the art students, but students across all the other faculties could opt to take units which would broaden their intellectual horizons and enable them to more effectively face the challenges posed by automation and artificial intelligence. Art school training helps students to develop the kinds of entrepreneurial, innovative and exploratory thinking skills and communication capacity that are predicted as increasingly essential for the 21st century.”

The June 2015 Report of the Committee for Economic Development of Australia (CEDA) about the jobs of the future reveals that the skills needs are changing. With almost 40 per cent of Australian jobs becoming redundant in 10 to 15 years, those who will form a substantial proportion of the workforce of the future will be highly skilled, agile, self-employed people who are capable in the areas of “architecting, designing and analysing”. The delegation asserted that these are the very skills in which art school graduates are pre-eminent. The arts employs more people than agriculture, mining and construction and arts employment has been growing by around 2.6 percent annually since 1996, which is faster than the growth in employment overall of 1.9 percent. [1]

SCA graduate and internationally successful artist Agatha Gothe-Snape said, “We challenge Sydney University to demonstrate a genuine commitment to tertiary art education in Australia in line with the pledge of responsibility they made 25 years ago to act as custodian of this cultural institution. The establishment of an on-campus Art School would represent an acknowledgement of the value of visual arts within both the university context and Australia, as well as creating opportunities for interdisciplinary collaboration within the University of Sydney.”

The delegation pointed out that in 1990, the University of Sydney benefitted greatly from incorporating the art school as an academic college with status equivalent to a faculty. This move earned it a reputation for cultural sophistication and investment in experimentation and innovation. SCA has enjoyed a strong reputation for providing a specialist and multi-disciplinary approach to research-based visual arts education that reflects the diversity of professional art practice. Now the university wants to cast it off claiming that it is uneconomical. Under the current financial arrangements adopted by the university, this also applies to the majority of other faculties but they are not being treated in the same way.

Vice-chancellors in universities in other states have acknowledged the public benefit of the deep engagement that the arts can bring to a university. Conversely, plans for Sydney seem to offer only one art school for the whole city downgrading art education, creating unemployment and resulting in fewer opportunities for artists and other arts professionals.

[1]Cunningham and Higgs, ‘What the 2011 Census tells us about Arts Employment’