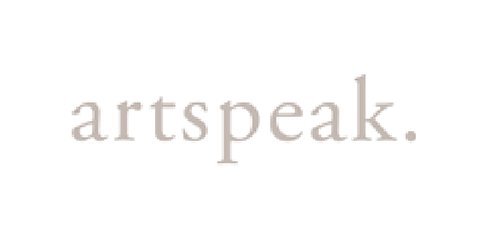 ArtsPeak (the confederation of national peak arts organisations and state arts industry councils) conditionally welcomed the recently released National Opera Review as a sign that the federal government considers consultation with the sector an important part of policy making and funding decisions.

"It should be the aim of all parties to ensure that arts and culture organisations are funded to have the maximum effect in art form and audience development,” said Nicole Beyer, an ArtsPeak spokesperson and the Director of Theatre Network Australia.

The Review, chaired by Helen Nugent AO and two years in the making, involved meetings with stakeholders and delivered 118 recommendations for Arts Minister Mitch Fifield to consider.

"ArtsPeak is very concerned by opera’s circumstances as revealed by the Review, however, it strongly advocates against any money being pulled out of existing federal arts funding programs to address the recommendations in the Review,” said Tamara Winikoff, Executive Director of NAVA and a spokesperson for ArtsPeak.

The Review identifies that the art form is at a tipping point with increasing costs for main stage performances and a trend that indicates lower attendances for these performances. It observes that fear of smaller attendances has driven conservative programming which becomes a self-defeating exercise since it is dissatisfying to existing audiences, limits the growth of new audiences and prevents the development of a body of work for future generations to enjoy.

Unfortunately, the narrow scope of the terms of reference prevents the Review from addressing the interconnected nature of arts and culture in Australia. This resulted in the Review panel being unable to make any meaningful recommendations that would address the future role of opera and its integration into the wider arts ecology.

For example, as the review states, it is unable to recommended any changes to a funding structure that also applies to the other Major Arts Organisations since those organisations fall outside the scope of the review. Yet there is clear unhappiness in certain states such as Western Australia and Queensland where the state to federal proportion of funding has long been a bone of contention.

This is a symptom of a broader issue; the lack of a truly national arts policy reflecting the diversity of practice, the interconnected nature of the sector and the geographical challenges that the size of Australia places on any meaningful attempt to provide access to the arts for all Australians.

"If the federal government is serious about this country becoming an innovative and creative hub, before any decisions are made about the future for opera, ArtsPeak asserts that the government needs to undertake a review of the whole arts sector. This needs to feed into the development of a national arts strategy, recognising the interdependency of all part of the arts ecology," said Tamara Winikoff. "Most importantly the review should be applied to the fragile small to medium arts sector (S2M) that has been buffeted by significant funding changes over the last two years.”

Already underfunded, the small to medium arts organisations have been hit hard by the recent cuts to the Australia Council budget with 65 losing their operational support. ArtsPeak asserts there is a critical need to address the situation for this dynamic sector, which is the essential support structure for the development and presentation of new Australian work. For three years ArtsPeak has called for a review of the health of this sector without response from government.

Despite the current government repeatedly saying that there is no new money and that any changes to the funding arrangements of various programs must be achieved within the portfolio’s budget (as was the case with Catalyst) ArtsPeak asserts that new money must be brought into the federal arts budget. This mirrors the art sector’s national response when the National Program for Excellence in the Arts (now Catalyst Fund) was introduced by the former Arts Minister, Senator George Brandis, in 2015 and repeated in the huge number of submissions to the 2015 Senate Inquiry into arts funding.