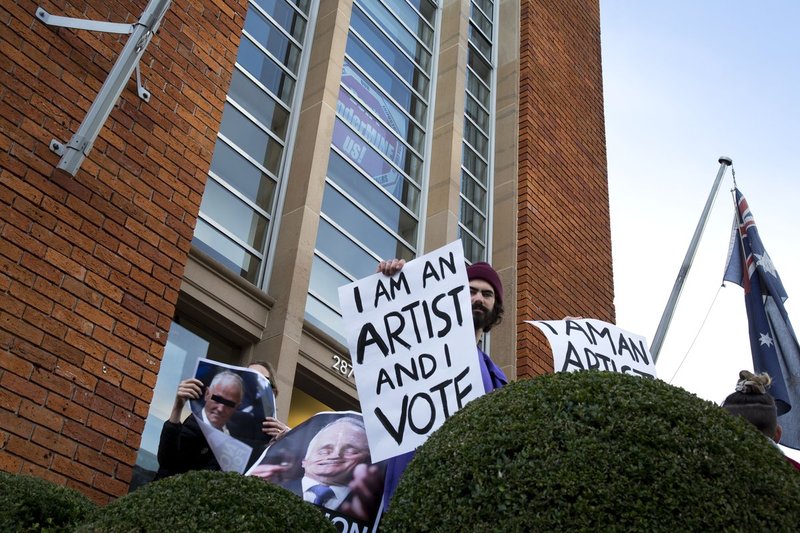 If the arts are important to you, how should you vote on Saturday? Elections are great moments of both truth and lies. They reveal what politicians want to persuade people to think. Attitudes to culture are a good ideological litmus test of a political party. So the relative invisibility of the arts in the election is concerning for those of us who understand just how integral are the cultural underpinnings to our every day.

However, though somewhat quietly, art policies have emerged in recent weeks. The Arts Party got in first and made its position known to those who are aware of its existence. Labor and the Greens followed, producing policies in time for the National Arts Debate organised by ArtsPeak on 8th June in Melbourne. More recently the Xenophon Team and the Pirate Party have added their own arts policy statements.

The most progressive and comprehensive arts policies have been developed by the Australian Greens and of course by the Arts Party. This fledgling Arts Party has the most extensive list of useful ideas distilled from the sector. Their policies range over the areas of education, digital arts and gaming, film, TV and radio, the music industry, live performance and heritage. In fact they look a bit like an arts mates’ wish list. Of this plethora of more than seventy policies, perhaps the most original are those directed towards expanding the arts budget through: a national arts lottery similar to the one which funded the Sydney Opera House; setting up a cultural fund through a 0.2% levy on every corporation in Australia with turnover in excess of $100m; and perhaps the most lateral, to legalise cannabis and use the tax revenue to support artistic and cultural activity. The Party’s slogan is arresting – “The arts are not a left thing or a right thing, they are an everything in how we create the future we deserve”.

With the Greens, it is evident that there has been some genuine consultation behind the ideas included in their ‘Investing in Our Arts.” Policy. Alongside promising to return the remaining Catalyst funds to the Australia Council they have said they’ll boost funding by $218.7m to be put towards grants and initiatives for small to medium organisations and individuals. This swings the emphasis away from the major performing arts organisations that mostly present the classical European canon, towards the more experimental and contemporary areas of Australian arts production. Most indicative are the Greens’ measures to put the spotlight on making life as an artist sustainable. These include providing $20 million over four years in recognition of the value delivered by artists to the community by paying them when they publicly exhibit their work for free. To make it easier for artists who are providing these sorts of benefits, they would receive Centrelink payments when they are in between paid work. The Greens also recognise that for artists earning low incomes, it is nearly impossible to save for their retirement so there is a proposal to provide them with a small but important superannuation supplement. Also interesting is the Greens’ concern for protecting local artistic content by establishing an arts sector-led taskforce to advise about the opportunities and risks posed by the digitisation, distribution and consumption of creative works.

If you don’t count the ‘Creative Australia’ policy that was put together by Labor just before it was voted out in 2013, its arts offering is pretty perfunctory. However, there is the important promise to get rid of the government’s controversial Catalyst program, restore the Australia Council’s funding and boost it by $20M/year. This would bring it back to about the level that Labor’s support had reached in 2013, when its budget was increased for ‘unfunded excellence’ projects identified by commissioned consultants as essential to Australia’s cultural growth. The rest of the policy measures are mostly aimed at supporting live music and the teaching of music in schools (why not visual arts as well?) and production of local drama for ABC TV.

The Nick Xenophon Team’s arts policy statements are also focused on rebuilding the Australia Council’s funding to pre-2015 levels noting that the situation in SA is especially dire and requiring greater scrutiny of the Catalyst program. It acknowledges that creativity and innovation are not limited to the science and technology fields.

Most of the parties are equivocal about the copyright issue. Predictably, Pirate Party Australia is opposed to any kind of copyright restrictions. However, it recognises the necessity for artists be paid to encourage the creation of new and creative materials for society’s benefit. Therefore, the Party supports a basic income guarantee for artists, the creation of cultural hubs for the community with free facilities for the creation of music and art and the establishment of a new fund to sponsor artists and invest in the creation of films, literature and visual art.

Disappointingly, at the time of writing the Coalition still had no arts policy. Instead, Arts Minister, Mitch Fifield has reiterated the Party’s view that the vision should be developed by the arts sector itself. He continues to refer to the Disability sector as the exemplar (his previous portfolio). The only indicative gesture is his comment on the necessity for the arts to be included in the national Innovation Agenda, but he’s been saying that now for more than eight months with no evident policy impact. During the ABC TV’s Q&A program last week it was embarrassing to see how under-prepared was the response by the PM, Malcolm Turnbull when asked the question about whether he would commit to funding a strong, completely independent Australia Council for the Arts. He responded that ”the issue hasn’t arisen”; remarkable given the Senate Inquiry with public hearings right round the country, almost continuous year-long media coverage of arts sector protests and the 200 strong Arts Day of Action demonstration that had taken place outside his electoral office only three days before.

What is becoming evident is the likely movement of many votes away from the two major parties. In considering where to put your preferences, remember the new voting system does not disadvantage those who want to use their votes to try to influence the future policy direction of the major parties. Now is the time to make your arts vote count. To get more information about voting and the main parties’ policies go to https://visualarts.net.au/advocacy/campaigns/federal-election-2016/