Tamara Winikoff on the important role of the curator in leading the critical conversations and debates of our times. 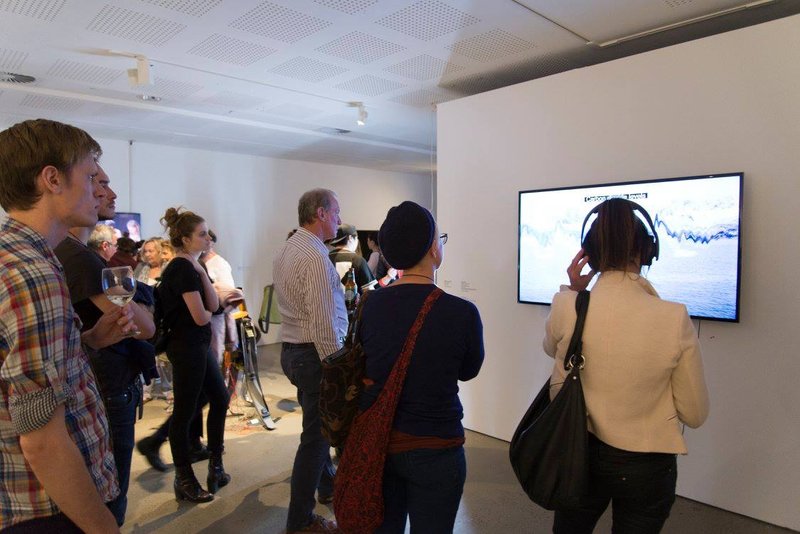 In her impassioned article in the October edition of The Monthly about the ‘Culture Crisis’[1], writer and critic Alison Croggon laments the damage being done to Australia’s culture through funding cuts and constraints on freedom of expression. She notes the shutting down of platforms and voices for critical conversation and debate through the shrinkage of funding for small organisations, the take-over of the role of on-line blogs by Facebook and Twitter and the diminution of forums and discussions. But in particular she is concerned at the silencing of critical voices.

There’s no doubt that arts coverage, let alone critique is being marginalised or rendered invisible in mainstream media. There is no regular inclusion of arts coverage in the national news. NAVA twice took a delegation of ArtsPeak representatives to meet with management staff at the ABC to call for regular arts coverage in all news bulletins. Our representations were rebuffed. ABC TV News let go of specialist arts journalist, Anne Maria Nicholson in 2014 with no-one replacing her depth of arts knowledge and networks and after years of redundancies, Fairfax Media finally sacked most of its arts journalists.

This year the crisis became worse with the continuous ‘efficiency dividend’ cuts to major institutions finally drawing blood, in staff sackings and the loss of essential services like Trove, the on-line portal for accessing Australian cultural research material. Equally, if not more damaging was the loss of operational funding from the Australia Council for almost half of the small to medium visual arts organisations round the country. Contemporary art and craft spaces and ARIs which have been developed over years to be the sites for artistic and curatorial experimentation and our most robust critique, now are those which are most at risk.

In a perverse way, this gradual quashing of opportunity for cultural speculation and questioning, may explain why the interest in and training of curators has been rapidly expanding over the last three years. At its best, the role of the curator is to stimulate a critical culture which engages audiences and draws the best out of artists by selecting and juxtaposing their work to amplify the ideas implicit in them. It has the capacity to stimulate public discourse about new ideas which then seep into the national consciousness and become part of the zeitgeist.

The consequence of governments’ squeezing of our cultural institutions at all levels, contracting their support and pushing arts producers and creators into the arms of patrons and corporations, is to make culture the plaything of the wealthy and in practice, deny access for the community, However, we must take heart at the entrepreneurism of artists and curators in finding new sites and modes of operation.

Terry Smith in his article for Art Wires points out the radical infrastructures that are developing around the world and particularly in countries where resources are genuinely scarce and governments’ attitudes overtly repressive. In Australia, this role mainly has been played by Artist Run Initiatives which are mostly predicated on volunteerism and consequently are very volatile. However, they are looked to by the bigger institutions as the sites for the most interesting and challenging experimental artists and curatorial practice. It is here and in the contemporary art and craft spaces that freelance curators are most likely to get their first opportunity to play with ideas.

One issue to which some curators have once more been giving voice is the under-representation of women in the choice of work by major institutions for exhibitions and for purchase for their collections; and also who gets profiled through media coverage in on-line and hard copy publications. Recently NAVA has run the ‘Beyond Rhetoric’ forum in Melbourne which questioned the gendering of opportunities and the role of the contemporary curator in light of the findings of Elvis Richardson’s CoUNTess Report. NAVA was also on the Steering Committee for this report, the findings of which are gradually gaining traction across the art world. Gender equity is but one of the many contemporary issues that engage the attention of contemporary art curators.

The task of curators includes to “demonstrate primarily through the experiential accumulation of visual connections, a particular constellation of meaning that cannot be made known by any other means.[2]” They not only deal with issues in art but may also question the nature of the institutions of culture and of power that determine what can happen and how. Unless international acclaim has provided insulation, there are risks for the contemporary curator in being type caste as a trouble maker. But with courage they give vent to the voice of our time.

As Groggan points out, the necessity is to make space “(where) injustice and suffering may be acknowledged and protested, and the urgency and complexity of our times may be contemplated and addressed. Here our desire for understanding and connection and beauty may be fed, even in the midst of horror.”