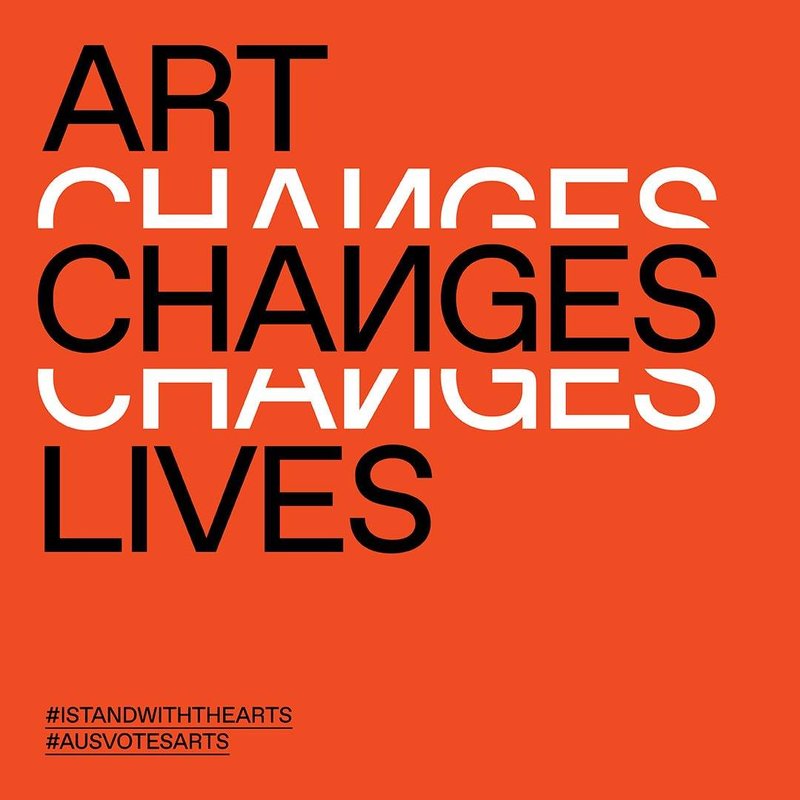 An ‘Art Changes Lives’ petition to be delivered tomorrow to the main party leaders has elicited a vigorous response from a broad range of community members. Spurred by the National Day of Arts Action on Friday 17th June and during the two weeks leading up to the election, supporters of the arts have been affirming how much they value its contribution to their lives.

Well known artist, Sally Smart says, “More than ever we need to stand up for the arts and promote strong advocacy. I have been engaged with and supportive of taking a politically proactive position with critical arts funding issues."

The nearly 13,500 petition signatories and the more than 10,000 others who have been sending letters to their local members, all have deplored the recent savaging of the arts with loss of funding for 50% of the previously supported small to medium arts companies as a result of the government’s cuts to the Australia Council.

Performer David Campbell said, “As an artist I want Australian stories to be supported not just by the audiences but not cut by our government.”

Executive Director of the National Association for the Visual Arts (NAVA), Tamara Winikoff OAM said, “For the invaluable contribution to the community's intellectual, social and economic well-being, Australian artists and arts organisations need the respect and support of all political parties. This election is an opportunity for us to demonstrate how much we are paying attention to what politicians are not only saying, but doing. No arts policy means no ideas.”

Added to the petition, politicians also will be sent snap vox pop videos of audience members attending shows at the Museum of Contemporary on the National Day of Arts Action https://vimeo.com/172534728

Audience member Peter Woodford Smith says, “The arts are the identity of this country. More people attend arts than sport, look at Vivid."

The petitioners assert that arts funding cuts will result in job losses (the creative industries employ more people than agriculture, construction or mining). This will put in jeopardy the $50 billion cultural economy and have flow on effects across the cultural industries, educational institutions and the commercial sector.