There was a time when art schools were regarded as a thrilling hotbed of experimentation, bohemianism and great new anarchic ideas. But the gradual funding squeeze and the Dawkins reforms around the early 90s saw them moved under the umbrella of the universities and required to be more business like and set ‘performance targets’. What has been the consequence? 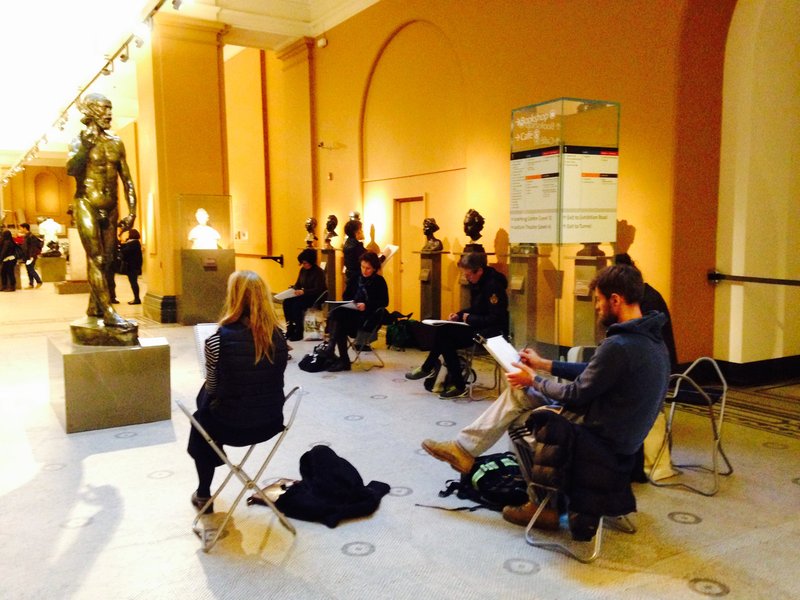 There was a time when art schools were regarded as a thrilling hotbed of experimentation, bohemianism and great new anarchic ideas. But the gradual funding squeeze and the Dawkins reforms around the early 90s saw them moved under the umbrella of the universities and required to be more business like and set ‘performance targets’. What has been the consequence?

In seeking some answers to this question, I recently interviewed a few heads of art schools around the country. The questions I asked were: over recent years what structural changes have occurred; are there any shifts in the types of courses offered and if so why; how well has face to face studio time survived; and what's happening to student demand.

The general tendency was for directors to gloss over the problems of diminishing staff numbers and their having to shoulder a greater administrative load, insecurity with the loss of the tenure system, less contract staff, the increasingly crowded marketplace for the lucrative international students, and the authority of the word over the image ie the pressure to publish in order to gain university brownie points.

Clearly it is a complex ecosystem with its own language and rules.However,immediately apparent is that the diminution of funding is forcing all sorts of changes. The size of the levy taken by the university and under graduate and higher degree enrolment numbers are the key to how much funding is made available to provide what is offered for students.Professor Julian Goddard, Head of the School of Art at RMIT in Melbourne mentioned that when the fee assistance halved around 3 years ago,they had to double their student intake, but this caused accommodation problems.In some schools, to boost enrolments numbers, entry requirements have been lowered. However, it’s believed that the quality of students at the top end is increasing.

Changes in the environment include the fact that most students now have to work while they study. This means that students struggle to spend time in the studio though it’s foundational to the creative process. Increasingly this has to be justified to the university. Financially, face to face studio time is expensive and in most schools the allocated hours have dropped from 5 to 3. On-line learning is so much more cost effective. To subsidise their funds, some art schools offer other kinds of fee paying options eg summer schools or night schools for interested people in the community or coaching for school students to improve their portfolios.

Despite it being about 35 years since the radical reform brought about by Dawkins, it is still a bone of contention. Professor Pat Hoffie from Queensland College of Art, Griffith University is of the view that, “many artists welcomed the opportunity to spend more time in institutional facilities while they undertook higher degrees, while staff were faced with the prospect of achieving funding and research outputs and in general inventing ways that looked suspiciously like dancing to the tune of the hand that was now feeding them. In time, some of the arts colleges realised that there was a price to be paid for such demands."

However, Professor Ross Woodrow from the same institution sees it another way. “It is true that many disciplines in Academe are still suspicious of artists as legitimate research colleagues but that mix of jealousy, contempt and anxiety felt by many, mostly in the Humanities, back in the 1990s, has turned to a genuine fear for survival in the face of a real player in Academe; namely, a discipline that has popular support and can increase our understanding of the world in ways that do not have to be channelled through an online academic journal that nobody reads.”

Associate Professor Denise Ferris, Head of the School of Art at ANU highlights their integration across the university as a huge plus and says that the flexibility they offer means around 40% of their students are drawn from other faculties like physics and maths, engineering and computer science, etc. She is pleased that other disciplines of the university choose to experience the arts.

I was interested in how regionally specific and different the schools are from one another in responding to these pressures. Professor Kit Wise, head of the Tasmanian College of the Arts points to a long tradition of craft and design on the island which has built an appetite for this sort of training amongst would be students. The School responding to this demand offers ceramics, wood, and glass which have disappeared elsewhere around the country. With Tasmania being a place where many people go to retire, Wise estimated that 30% of the School’s intake is of relatively mature age students. Though it could be argued that they will not necessarily have professional arts careers ahead of them, the justification for government investment is in the value of lifelong learning to people’s well being, “less expensive than treating depression,” says Wise.

Professor Marie Sierra, Deputy Dean and Head of School commented on the big changes made recently at UNSW, when the College of Fine Arts (COFA) became UNSW Art and Design offering integrated four year honours degrees in fine art, design or media arts, starting with a common first semester. She referenced “creeping credentialism” as a reason for students to need higher degrees for career purposes.

One academic observed that there is pressure on students who get a high ATAR to do medicine or law, not to ‘waste’ it on an art qualification which has less clear cut vocational outcomes. And most agree that international students want training that leads into a predictable career path. However, in many Asian countries, creativity and innovation are increasingly prized qualities in business and industry and this is gaining purchase in Australia too. After all we now have a national ‘innovation’ agenda (again).

While many of the changes have had positive outcomes, to be honest there have been some losses. Examples are art schools at the universities of Western Sydney, Southern Cross NSW and Edith Cowan WA which have been severely reduced. However, in an approximate way the gaps have been filled. As examples: Western Sydney Institute of TAFE providing Diploma and Advanced Diploma qualifications has now has partnered with Federation University to offer a bachelor degree; and the Central Institute of Technology School of Art Design and Media in WA offers associate degrees and enjoys increasingly large enrolment numbers.

Also various forms of amalgamation have occurred to create economies of scale. In both SA and at Monash University in Victoria, the art school was joined with architecture and design, the art school bringing to the marriage a larger post graduate program (tick) while architecture had larger classes (double tick). In Tasmania, the Hobart and Launceston art schools amalgamated into one institution with two campuses. In Sydney there is a conversation going on between UNSW A&D, Sydney College of the Arts and the National Art School about possible amalgamation or as they prefer to call it, ‘a partnership’.

This is just a taste of the art school story. It’s clear to me that a proper study is needed to make dispassionate comparisons between past and present and across the sector with a view to identifying optimal conditions that are appropriate to diverse contexts. But meanwhile it was illuminating to talk to some of the very smart and committed people who run our art schools.