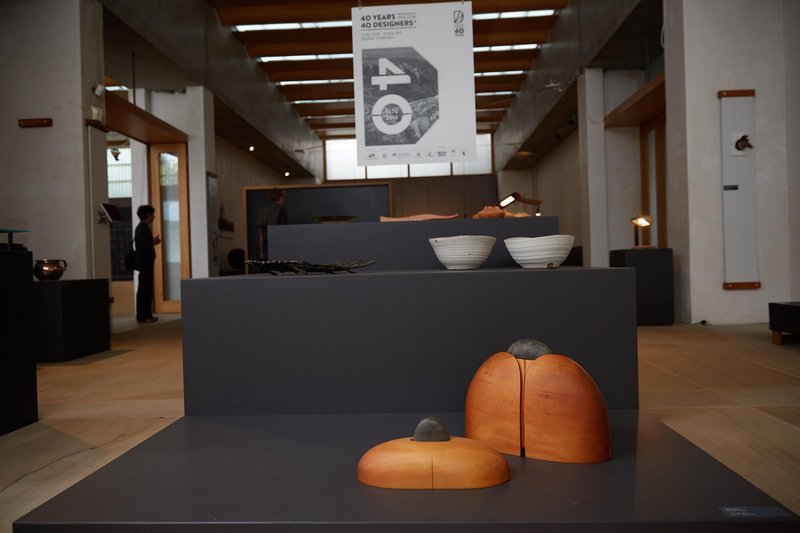 Design Tasmania hosts exhibitions of Australian and national designers and acts as a hub for design in the state. A member of the Australian Craft and Design Centre (ACDC) network, the organisation runs professional development activities for designers such as group retreats, portfolio development and competitions. In 2016 they are celebrating their 40th anniversary with 40 designers contributing to two exhibitions to mark the milestone.

Design Tasmania is based in Launceston in an architecturally significant building. The original building was a church hall, later used as a theatre, which had major modifications and additions at the turn of the century. While the building is a highlight for many visitors, the management arrangements of the building underscore some of the challenges that Design Tasmania faces.

As with many S2M visual arts organisations, Design Tasmania’s premises are provided by the local council for a peppercorn annual rent. Design Tasmania is not a council body, however, it is an independent not-for-profit organisation that raised the money for the renovated premises, built on council land and gifted the building to the council in return for its ongoing use. Design Tasmania remains responsible for rates, insurance and all building maintenance and expenses which, as the building ages, are becoming more significant. Such costs which are “ultimately taking money away from programming”, according to new CEO Karina Clarke.

While an independent organisation, Clarke emphasises the importance of the relationship with council. She hopes to strengthen this relationship by helping the local government understand the contribution that Design Tasmania makes to the community. Design Tasmania is “positioned to service the community in terms of culture and education and ensuring people can see and buy designers’ work. We want council to be proud of this and of its role in it.”

As a member of the ACDC network and a recognised craft and design centre, Design Tasmania works with designers from around the state and the country. One recent retreat organised with the National Gallery of Victoria focused on nationally recognised, mid-career artists and Design Tasmania has close links with designers on the mainland through other network members such as the Australian Design Centre and South Australia’s JamFactory. Like many organisations in Tasmania, most visitors are tourists from overseas or the mainland, with a 70:30 split between tourists and local visitors. Although located outside of Australia’s main cities, Design Tasmania plays a state-wide and national role.

Reflecting this, most Design Tasmania funding comes from Arts Tasmania, a body that Clarke finds “accessible and supportive, that listens and answers questions and you can really collaborate with.” An example is their collaboration on Arts Tasmania’s Aboriginal Arts Program.

Design Tasmania does receive funding from the Australia Council and has been successful in applying for funding for a further four years. However, with Design Tasmania’s ambitious program always pushing budget boundaries, many challenges lie ahead. Further funding needs to come from a range of sources to assist in completing their program.

Design Tasmania aims to put on exhibitions of a national standard, equal with anything in Sydney or Melbourne. This is increasingly difficult, however, as they have only one full time staff member and one three-quarter time staff member. Design Tasmania would ideally like to employ a full-time program coordinator and an education officer to engage with the community and get the most out of their location and exhibitions, but funding makes this impossible at present.

Tasmania’s cultural identity has developed substantially in recent years. While major galleries such as Hobart’s MONA have helped put the state’s art on the map, Clarke believes that the cultural life of the state has always been there, but is now being better promoted. Design Tasmania is also a part of this growth, with Clarke noting that they have very high rates of return visits from mainland and international tourists. Clearly Design Tasmania impresses its visitors, but faces unique challenges as a state and nationally focused organisation in a regional city.

This case study is from 'S2M: The economics of Australia’s small-to-medium visual arts sector', a study commissioned by the National Association for the Visual Arts (NAVA) from Economists at Large. This research was supported by City of Sydney and is the first of its kind to be undertaken since the Contemporary Visual Arts and Craft Inquiry in 2002.