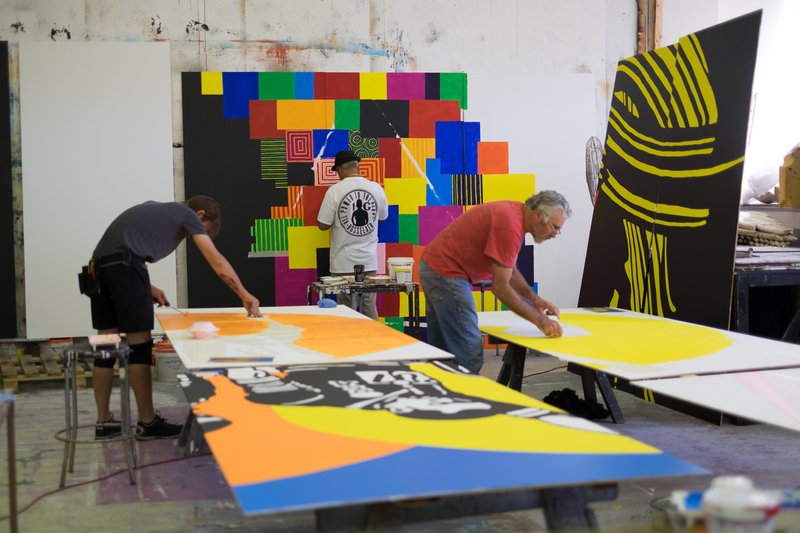 When we didn’t get a response from government to our several requests for research into the arts sector, we finally bit the bullet and did it ourselves. Over the last year, we at NAVA have been working with consultant Rod Campbell, the director of Economists at Large to research and analyse data from our industry. The results - ‘S2M: the economics of Australia’s small-to-medium visual arts sector’ - tell a very revealing story. After a gap of 15 years, at last the visual arts sector has some up-to-date reliable evidence on which to base its ideas for changes needed to policy and funding.

The report provides some great insights into our industry from an economist’s perspective. It recognises that ‘art literacy’ has similar public benefit to that of text literacy and numeracy in providing the value that comes from having an educated public, particularly now that communication and social media is increasingly dominated by visual imagery.

The report points to the role that art plays in shaping the views of the community. The advertising industry takes a keen interest in how this influences people’s preferences for the goods and services they consume and produce and the tax, fiscal and economic systems that the communities create.

While research reports are not everyone’s idea of an entertaining read, they can be seminal documents in bringing about change. This is especially true when they make a compelling case on the basis of reliable data. The S2M report’s 14 recommendations arise mainly from the evidence collected through a survey conducted in 2016. The participants in the survey were different types of organisations that are the engine-room for the production, dissemination and critique of contemporary Australian visual arts, craft and design.

This research work has a longer history. In 2001, NAVA used the evidence from its three year partnership research project (the Visual Arts Industry Guidelines Research Project), to successfully lobby the federal government to undertake an inquiry into the health of the sector. Known as the Myer Inquiry, in 2002 it resulted in the publication of the Report of the Contemporary Visual Arts and Craft Inquiry[1] making 20 recommendations. The most potent result was a radical increase in matched federal and state government funding through the Visual Arts and Craft strategy (VACS). This grew a bit over the intervening years to currently around $14 million/year.

The data shows that until 2016, $103 million in governments’ annual support for S2Ms enables the sector to provide invaluable services to ensure that Australians can enjoy the fruits of artists’ thinking and skilful production. Sadly, what is made evident is that the core funding for which VACS was supposed to be a top-up has incrementally decreased over this period. Further damage to the S2M visual arts sector caused by the current government’s cutting of Australia Council funding by $78 million over 4 years has resulted in 50% of previously funded visual arts organisations losing their operational support starting in 2017.

This is why recommendation 3 of the S2M report asserts that governments should “recognise the erosion of baseline funding to the visual arts and craft sector since 2003 and commission analysis similar to the 2002 Myer Inquiry which led to the Visual Arts and Craft Strategy (VACS) including an increase in funding.” With the loss of ABS statistical evidence since 2014, the industry’s capacity to track what is happening has been severely curtailed.

The first of the report’s recommendations calls on government to “more than double the federal arts budget to reverse the 17.5% decline in per capita arts spending since 2008. This increase would recognise the importance of the organisations that rely most on federal funding, the role they play in the arts ecosystem and the value that arts and cultural industries provide in a changing economic and social environment.”

Currently, funding bodies are pushing for greater and more diverse public outputs without a concomitant increase in funding or provision of human resources to enable the S2M organisations to build their capacity appropriately.
These increased pressures have seen declining numbers of full time arts professionals and the casualisation of the sector’s workforce. Arts professionals are paid a fraction of average earnings, generally well below recommended industry rates.

In spite of the squeezing of support, a great achievement of the S2M sector is assisting the production of four times as many new works as the major galleries commission and acquire, through operating on little more than a quarter of their budgets. This is not to diminish the value provided by the major institutions in other ways but simply to highlight the incredible productivity of the S2Ms.

In the visual arts sector we can take pride in our achievements and acknowledge what an enormous contribution is made to the intellectual, emotional and aesthetic wealth all Australians by ensuring they get access to the latest and newest creative thinking from some of our most exciting artists. The statistics tell the story of what needs to happen next to make sure this can continue and keep pace with our appetite for change.

One way you can help is to sign NAVA’s petition calling for governments to support S2Ms to be able to pay artists’ fees https://www.change.org/p/support-fairpayforartists.

[1] Commonwealth Department of Communications, Information Technology and the Arts ‘Report of the Contemporary Visual Arts and Craft Inquiry’ (2002)