We chat to Tamara Winikoff about the highs and lows and the changes she's witnessed over her years at NAVA. 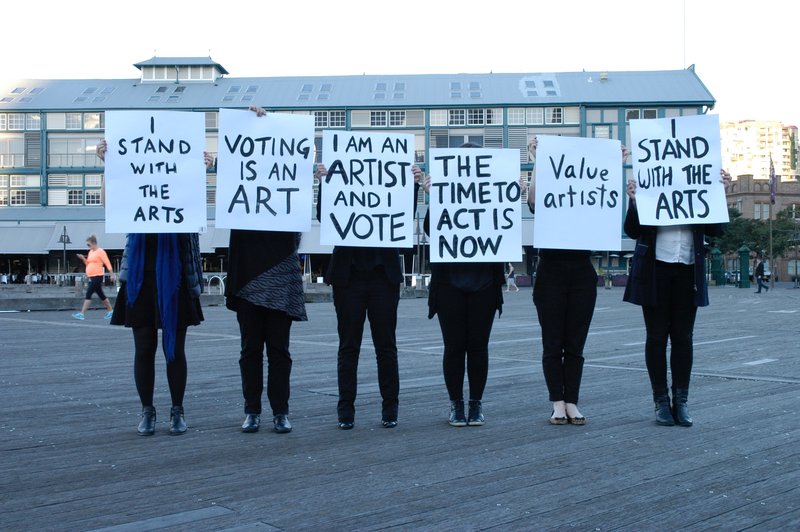 In your time at NAVA what have you found most rewarding?

Firstly I want to thank everyone who has made the last 22 years such a fascinating and rewarding challenge. My personal pleasure has come from meeting and working with so many wonderful people: artists; curators; gallery people; writers and activists. The dedicated staff and board members of NAVA, and the benefactors and other colleagues have illuminated my every day. We have spurred each other on to have brave ideas and bring them to fruition. Together we have changed this complex crazy world in small but fabulous ways.

You've met many Arts Ministers and politicians. What’s been your most memorable experience?
I remember one Arts Minister, when presenting me with an award kindly saying that what he appreciated about dealing with me was that I came to meetings knowing what I wanted from him and that this was unusual. This was code for my learning how to manage his clever way of wasting a lot of time with diversionary small talk. I would say at the start of a meeting, “ Minister I know you are a very busy man and what I am seeking is your response to the following….” then had to keep him on track. But of course every politician has a different style of operating. Obviously things always go better if you can get them to like and hopefully respect you, even if they don’t agree with your mission.

What's been the greatest challenge and achievement at NAVA? Do you have any regrets?

If I had to choose say three amongst all the great things that NAVA has achieved in my time, they would be: setting some agreed standards for professional dealings between art protagonists through devising a Code of Practice that has greatly improved our notoriously feral industry; securing a historic funding increase from federal and state governments which has benefitted both artists and small to medium arts organisations as a result of the Myer Inquiry; and almost 20 years ago, for the first time helping to bring together all the previously siloed artform peak bodies under the banner of ‘ArtsPeak’. Both NAVA’s biggest challenge and biggest achievement most recently has been our work (in collaboration with two other peak bodies) in mobilising and coordinating the sector’s actions and success in reversing the federal government’s funding mistake. My one regret is that NAVA has suffered as collateral damage from what the government has done. But the organisation has built a powerful reputation and is much stronger and more resilient than when I joined. With the continuing support of its members and loyalty of its many supporters, it is in a good position to make the necessary changes to grow in exciting new directions.

How has the Australian visual arts landscape changed over the last 22 years?

The good thing is that we are seeing more art in more galleries and sometimes very excitingly out of galleries; in health settings; influencing scientists; in the streets; in a great diversity of communities. And the rise of interest in Aboriginal and Torres Strait Islander art has been phenomenal. It’s true that there have been lots of ups and downs often contingent on the policies of various governments. The arts sector knows it needs to become more independent of these ideological culture wars.

Exhilarating is the increasing entrepreneurism and dexterity artists have refined in shaping careers that are sustainable over a lifetime, generating opportunities and finding more ways to attract interest in their work. Alongside that there has been the gradual increase and variety of support organisations that help artists to develop their work and bring it to the public. And of course there are all the things that NAVA has done which are helping artists and organisations to achieve their professional goals in a more supportive working and legislative environment.

Thinking about some of your earlier roles prior to NAVA, were there aspects of these positions which prepared you for NAVA? What did you learn along the way?

In each job I’ve had previously I’ve learned things that have been applied at NAVA. My multidisciplinary architecture training taught me the value of lateral thinking – if up against a seemingly insoluble problem, redefine the brief. Each time I worked as an academic, I had to apply research skills and experiment with ways to get people excited about complex ideas. I needed to be articulate and courageous about public speaking. As the director of the Australian Centre for Photography I expanded its scope to reach nationally and learned the mysteries of how to run a gallery and work closely with artists to help them achieve their visions. It was my entry into the cabal of not-for profits. At the Australia Council I gained a national overview and an inside understanding of how a statutory authority is supposed to work, including its grant and policy development processes. I also learned from observation what it takes not to be a bad manager. Most valuably, as an advocate for a new program I had pioneered, I refined my lobbying skills in dealing with governments, state and local. I had to accept that sometimes change takes more time than you wish. It demands patience but determination.

What do you wish for the future of the arts in Australia and for NAVA?

I wish that every child would have a really good arts education to set them up for a life that is rich in cultural intelligence, contemplation and expression. I wish that one day soon artists will be accorded the respect and rewards that they deserve. I wish we had political representatives who understood that real meaning in life comes from more than money. And I wish that one day in the next few years we have an artist as the President of the Australian republic.

Change of Leadership for NAVA