Change of Leadership for NAVA 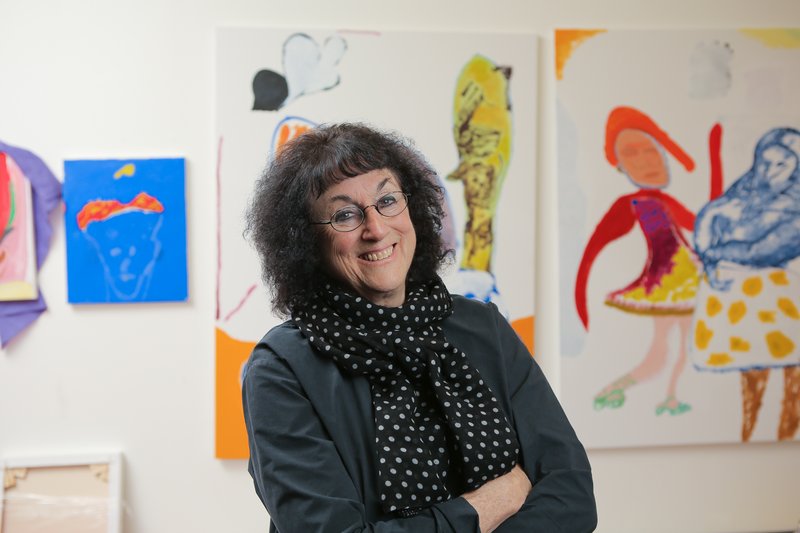 Tamara is well known across Australia as an arts advocate, cultural commentator and senior arts manager. She has been involved in arts management for thirty-five years and has spoken, written and published extensively about cultural and design issues. In 2004 she was awarded the Australia Council's Visual Arts/Craft Emeritus Medal for outstanding achievement and contribution to the visual arts and craft in Australia, and in 2014 she was awarded an Order of Australia.

James Emmett, Chair of NAVA paid tribute to Ms Winikoff saying, “Tamara's contribution to NAVA, to Australian artists and to the sector as a whole has been extraordinary. It has been a great privilege to work closely with her. NAVA is truly grateful, as am I personally. Her passion, expertise and tireless energy will be heartily missed.”

Winikoff said, “Looking back over the years, I feel tremendously proud of what our small, committed, expert organisation has achieved on behalf of Australian arts and artists. It has been a joy and a privilege to support the brilliant work of Australia’s cultural creators and the essential contribution they make to articulating the things that matter with such skill and potency.”

“As an arts activist and campaigner I have had to navigate some fascinating challenges because the environment for the arts in Australia is very volatile. But that is what has kept me addicted for so long,” Winikoff continued. “Now I’m looking forward to doing some independent consultancy work.”

Some of the highlights of Winikoff’s achievement at NAVA have been: securing 15 years of substantial increase in government funding for the whole sector as a result of the Myer Inquiry which continues to the present; development of the Code of Practice which sets best practice standards for the visual arts industry; being the founder of the Australian Design Alliance and co-founder and co-convenor of ArtsPeak, (the confederation of national peak arts organisations); leading the push for the introduction of the Artists Resale Royalty and Artists Moral Rights; with NAAE securing the mandating of visual arts in the national curriculum for schools; and launching a 30 year vision document, the National Agenda for the Visual Arts at NAVA’s 30th anniversary celebration event at Parliament House in Canberra.

Tamara Winikoff’s position as the Executive Director of the National Association for the Visual Arts (NAVA) will conclude on the 30th of June 2017. She comments, “I look forward to seeing where the energy and drive of NAVA will take it in the future. There is always so much to do and I am sure my successor will enjoy great rewards and satisfaction in leading the organisation into the next exciting phase of its development.”

NAVA will be conducting a national recruitment campaign to find a new leader who will bring an inspiring vision for the future development of the organisation, deep knowledge of the Australian visual arts sector and extensive networks, sophisticated advocacy skills and a passion for working with and on behalf of artists and arts organisations.

Following on from Tamara Winikoff's announcement of her resignation as Executive Director of NAVA, we share some of the messages from the sector celebrating her achievements and contributions to the visual arts sector.

We chat to Tamara Winikoff about the highs and lows and the changes she's witnessed over her years at NAVA.