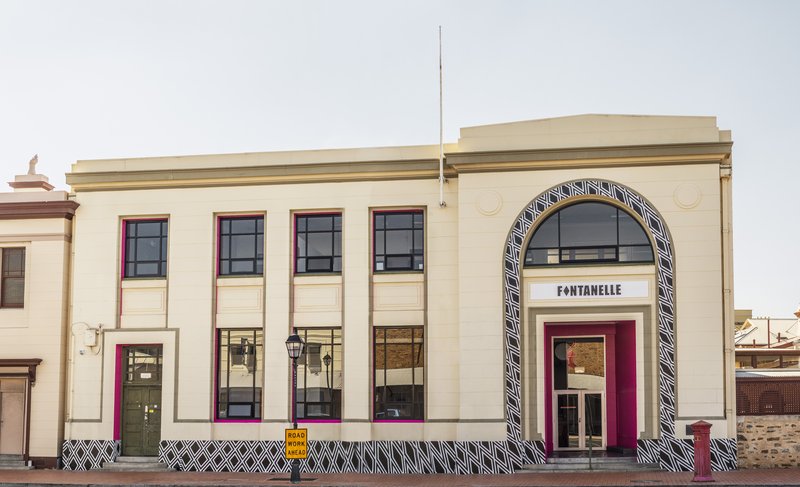 Fontanelle is an artist-run initiative, gallery and artspace that is now located in Port Adelaide. Fontanelle began in 2012, in Bowden, Adelaide, with facilities that included studio space for 26 artists and two show spaces that host 20 to 30 shows per year.

Fontanelle’s initial location in a former industrial area in Adelaide’s inner north has been central to its development and operations. The Bowden area is being redeveloped by Renewal SA, the state government’s urban renewal agency, turning it into a largely residential suburb. Fontanelle has been provided with subsidised premises as part of the social marketing or ‘place making’ for the new suburb.

Fontanelle is unique in that it does not receive or apply for operational funding. Partly this is due to an understanding that such funding is very finite - “if we got funded, someone else would get defunded.” Furthermore, Director Brigid Noone emphasises that to secure and maintain operational funding “would cost a lot in time and independence…and we probably wouldn’t get that much anyway.”

Maintaining artistic independence is difficult for many organisations that need to meet funders’ expectations, particularly from state government departments. Funding conditions and regulations requirements have made some ARIs look like “outsourced public servants” according to Brigid.

Staying truly artist run and independent has been important for everyone involved in Fontanelle. Securing the space and subsidised rent has enabled this independence, along with some income from studio space rental and sponsorship and most importantly the passion of its directors, Brigid and Ben Leslie. Largely unpaid, they receive in-kind use of facilities. They form the core of the 15 volunteers who run the gallery in addition to the 26 artists who use the studios.

Change has arrived for the Fontanelle team. While the Bowden location will continue running as a sister gallery, the organisation is in the process of opening a new location in the Port Adelaide area. Directors Brigid Noone and Ben Leslie work with Mary-Jean Richardson to form the main management committee which will continue to manage the 26 studios at Bowden while handing over the Bowden gallery space to Ash Dantonio and Mia Van den Bos who will run the new gallery ‘Sister’ as a Fontanelle project under the mentorship of Brigid and Ben.

As before, the organisation aims to bring artists, energy and activity to an area “ripe for a boost in contemporary arts activity.” Again they will received space at peppercorn rent, from Port Adelaide Enfield City Council, and have secured $30,000 to fit the space out through the state government’s Fund My Idea initiative, which sees funding allocated through a local community voting process.

Again, they have not sought operational funding, partly to maintain independence, but Brigid also reflects that “now that we’ve shown that we don’t need that funding, perhaps we’ve trapped ourselves outside the [government operational] funding world.” A key challenge is “how to grow financially without changing what we do and how we run our organisation; how to grow and increase income while maintaining an autonomous, authentic, artist run model?”

Possible answers to these questions include renting some of their space to Tutti, an organisation that supports artists with disability, as well as a café/bar. These rental agreements are on Fontanelle’s own terms, however, and if they begin to feel compromised by hosting a café/bar and another organisation they can discontinue the sub-lease. The only key requirement under their arrangement for access to premises is to host a minimum of 8 community events per year.

Fontanelle demonstrates that the energy, colour and community engagement that S2M arts organisations can bring to a neighbourhood is something valuable to governments and the private sector. Such arrangements are a potential opportunity for S2Ms in many locations, but Brigid emphasises that the organisation’s brand, background and the personal reputations of key people are all very important.

Maintaining relationships without being pushed around has also been vital. Fontanelle is often leant on to participate in events related to local property development, with approaches such as “can some artists come and do a mural at our event?” Such proposals are welcome, but the assumption is that Fontanelle’s artists will participate for free. Balancing the interests of the organisation and the relationship with Renew SA and commercial property developers is an ongoing challenge and one other organisations going down this path should note. Fontanelle is optimistic about developing its new partnership with the Port Adelaide Enfield City Council.

This case study is from 'S2M: The economics of Australia’s small-to-medium visual arts sector', a study commissioned by the National Association for the Visual Arts (NAVA) from Economists at Large. This research was supported by City of Sydney and is the first of its kind to be undertaken since the Contemporary Visual Arts and Craft Inquiry in 2002.