Artists confront the perpetrators of gendered harassment and demand change 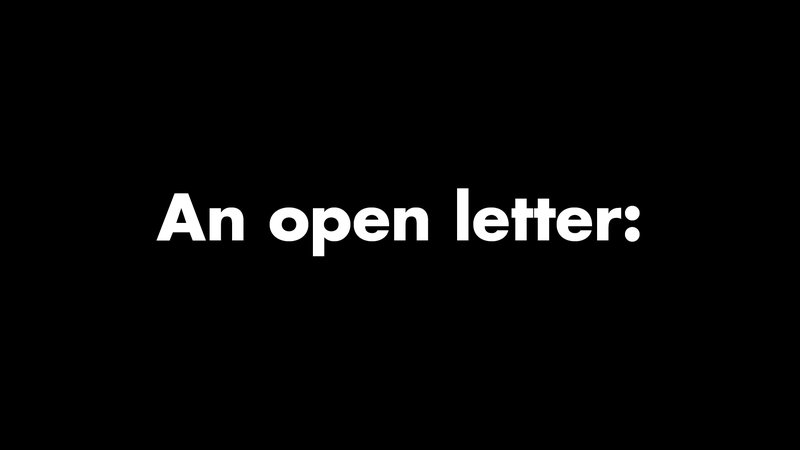 On International Women’s Day 2018, today NAVA released “Dear Person I’ve Been Reluctant To Keep Engaging With But Have Had To For Professional Reasons.”

This is a public letter addressed to the perpetrators of gendered harassment, released in text as well as in a video performed by leading Australian artists and artsworkers.During March, NAVA will be championing the work of female, female-identifying and LGBTQIA* artists, contributing to positive global discussions on gender equity.

“Gendered harassment reinforces gendered power structures, destroys confidence and ends careers,” said Esther Anatolitis, Executive Director of NAVA. “NAVA thought very carefully about how best to make a constructive, impactful contribution that was strong enough to empower change. The letter quite deliberately makes for uncomfortable reading – and we’re explicit about that. This is no longer a matter for politeness: the growing number of issues NAVA deals with in this area alone mandate a clear shared message that this behaviour will no longer be tolerated.”

NAVA endorses the statements and policy positions that have been made by the Australia Council, Arts South Australia, Screen Australia and numerous performing arts companies, and looks forward to statements yet to be made by prominent institutions in the visual arts.

“Australia’s visual arts, media, craft and design sector has the capacity to take a very visible stance against gendered harassment for the benefit of the entire Australian culture. I encourage all artsworkers and artists to read the letter, watch the video, and consider how best you can act upon it. And if you recognise yourself in it, please seek advice from professionals on what to do next. We’ve provided a set of resources as a starting point.”

The letter “Dear Person I’ve Been Reluctant To Keep Engaging With But Have Had To For Professional Reasons” is available here along with a set of resources.