A Code that Champions Best Practice

Ensuring that national best practice standards are well understood has become a matter of urgency. 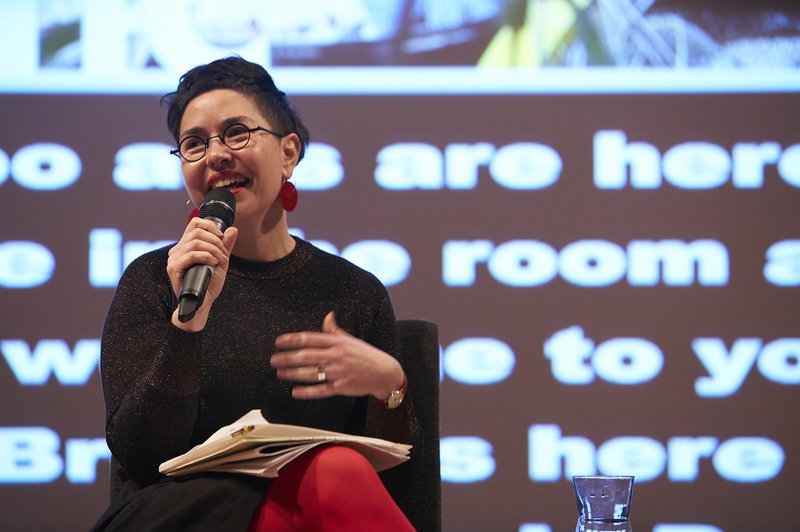 While politicians scrapped over leadership without any contest of policy or ideas to justify the instability, artists converged on Parliament House.

And, you know, it was really quite frustrating.

Not because actually tackling policy is hard, but because of what Parliament House has become.

Barriers in the form of attitudes and walls that are antithetical to the civic values such a place should promote.

No wonder MPs develop so insular an air of entitlement in that great big bubble on the hill.

We were going to call Future/Forward “Let’s do this.” We wanted to invite good discussion on what it’s going to take to see a contemporary arts sector that’s ambitious and fair. By some coincidence, that’s also the title of an article outlining what ex-Prime Minister Malcolm Turnbull should’ve said when his leadership was challenged – a piece written not by the PM and not by a staffer, but by one of Australia’s most talented satirists writing with clarity and conviction.

It takes artists to reset leadership. Whether through visual art, writing, or Richard Bell seizing a media conference, it’s up to us.

A fortnight ago, Future/Forward started a national conversation about best practice standards, kicking off the research and consultation that will focus NAVA’s work over the next couple of years.

Since 2001 the NAVA Code of Practice for the Visual Arts, Craft and Design Sector has set best practice standards across Australia, making the ethics and the business of arts transactions clear, as well as strengthening artists’ negotiating positions in contexts of power imbalance. What began as an Australia Council initiative in the 1980s then went on to be adopted by institutions and governments all over Australia.

However, in the two decades since, compliance with the Code has fallen considerably. Government departments choose not to uphold industry standards on artists’ fees and payments, setting a poor example for the sector as a whole. And as the Australia Council’s own research shows, artists’ incomes and career prospects are declining as a result of this and other problem factors.

Ensuring that national best practice standards are well understood has become a matter of urgency.

So where are we now?

This month we’re going to talk a lot about the Code of Practice: what’s in it, how to use it, and what needs work.

The Code is an immensely valuable resource and benchmark that’s in need of revision every few years to ensure it reflects current best practice. The First Nations section needs work, and of course it should be presented first. There’s no chapter on ARIs and other models for artist self-organisation, for example, and the Fees & Payments Schedule needs updating. Guidance is also needed on accessibility and disability action planning, workplace harassment and gender equity. National public art protocols are a big priority and we’re indebted to Fiona Foley for her thoughts at Future/Forward, as well as the many contributions and concerns we’ve been receiving from Members who work in this area. The Code as a whole could also be presented in different formats – helpful checklists, flowcharts and diagrams that offer quick entry points for easy use when you need it most.

Take a look through your Code right now… How familiar are you with its guidance and advice? Do you know where to look for something when you need it? What does the Code mean to you in everyday practice and in the negotiations that help sustain careers?

The work of revising the Code and strengthening its implementation will take a good few years, so we need to get started now. Our immediate steps: