It’s International Women’s Day this month – and that means a whole month of focus on gender equity at NAVA. 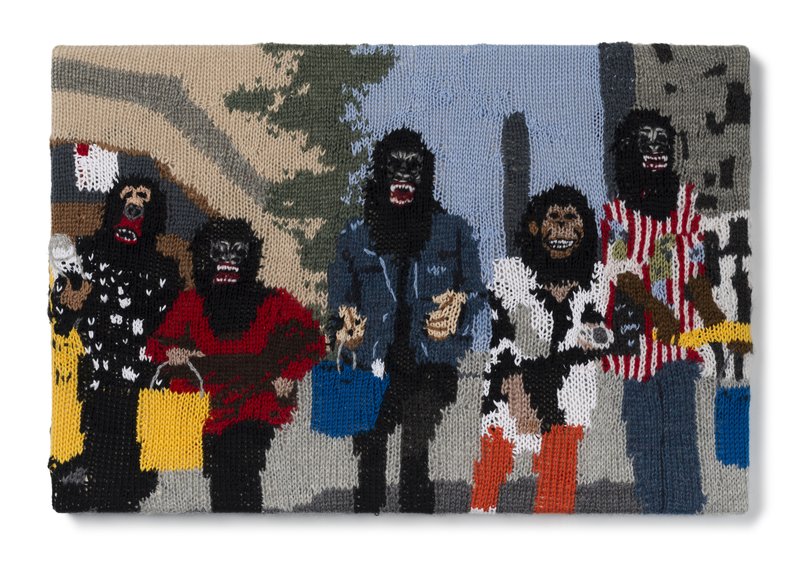 Gender equity is a big policy focus area for us. We expect to see gender disparities in fees, opportunities and representation overcome through policy and regulation. We expect public funding for arts organisations to be contingent on implementing enforceable policies and programs for redressing disparity. And we know you expect the same ethical approach from every institution you deal with.

Throughout March, we’re going to celebrate the work of Australia’s female and female-identifying artists. And because feminism is ultimately about creating a world in which gender assumptions no longer affect people’s work and rights and daily life, we’re also going to celebrate queerness and the entire LGBTQIA* spectrum of art, identity and power.

On #IWD2018 Thursday 8 March I’ll be in Melbourne where the powerhouse women behind the Loud & Luminous exhibition and symposium have kindly invited me to present the opening talk. I got a lot out of the CoUNTess workshop Why So Few Women Artists? at ACCA on Sunday 25 February, and I’m looking forward to speaking at the National Public Galleries Summit on Monday 19 March.

We all know countless women making great work, or working for the artist-run, independent or state-owned institutions that power our sector. And yet, in the visual and media arts, craft and design, women are woefully underrepresented in exhibitions and collections, as the CoUNTess Report has consistently shown for far too long. The recent Throsby Report Making Art Work found that the gender pay gap is worse in the arts than in all other industries. And there’s more:

So what’s behind these persistent discrepancies? Clearly, the ways that we make decisions are not changing. In a piece I wrote for NAVA a year ago in response to the CoUNTess Report, I asked a series of questions that I hoped could encourage a shift in those small and specific decisions that reinforce dominant power relations but are made largely under banal circumstances. Questions like:

Across every relevant context, who is making the decision to go with a male artist rather than a female artist, why are they making that decision, and what would it take to shift that thinking? Let’s make good time to ask those questions this month.

We need to keep a close focus on those steps between decision-making and discrimination so that we can make a difference exactly where it counts. And in doing so, we need to recognise that the steps between decision-making, discrimination and harassment are not always great leaps. They’re part of an insidious continuum of behaviour. And this behaviour will no longer be tolerated.

The global surge against gendered discrimination, harassment and assault in the arts is still building in momentum. Numerous performing arts companies have made statements, as has the screen industry. In South Australia, important statements ending any explicit or implicit tolerance of bullying and harassment have been made by the Women in the Arts Workplace Safety Meeting as well as by Arts South Australia – who have taken that crucial next step: from 1 March, they are mandating the adoption of anti-harassment policy and procedures as a condition of funding. The Australia Council has also recently been in touch with all funded organisations to remind them of their obligations in this area.

Let’s not allow that momentum to stall at sensationalised media responses to the actions of men in the performing arts. Let’s seize this moment to create real change across the visual arts. NAVA receives a lot of concerns, complaints and distressed calls from Members experiencing harassment or worse, and while we can listen and offer advice and encourage Members to report the behaviour to the person’s institution or call the police, there needs to be more we all commit to doing.

On International Women’s Day, NAVA is releasing a public letter to perpetrators of gendered harassment. It’s called Dear Person I’ve Been Reluctant To Keep Engaging With But Have Had To For Professional Reasons. It’s a very uncomfortable read. And it’s full of practical advice on how to change that behaviour in others – and in yourself.

I encourage you to read the letter and consider how best you can act upon it. And if you recognise yourself in it, please seek advice from professionals on what to do next. We’ve provided a set of resources as a starting point.

Important, lasting change is sustained when many people commit to small, achievable actions. Let’s do this together.