An investment in the public good

What does the future hold for art in the public space? Who or what is the public? And how do we understand the relationship between art and the public good? 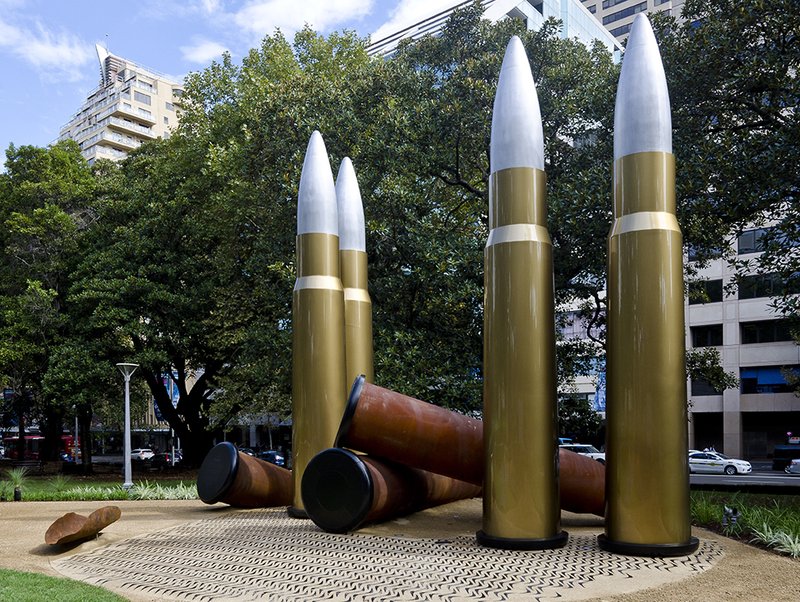 The question of the public is a fraught one in the arts. There are the critical publics – who we welcome openly, relishing the immediacy and the honesty of their response. There’s the general public – who, we’re given to believe, have a disdain for the arts that we must do our best to counter. There’s the taxpaying public – evoked by bureaucrats and politicians alike then they wish to personify their most unimaginative arguments against arts funding. There’s public space – space that artists create by bringing into being a set of conditions for action that exceed what a space may have been designed for. And there’s the public good – that abstract yet unquestionable value that’s embedded in the constitution of every not-for-profit organisation, every government, and every healthy advocate for that greater good we’re all working towards.

More and more, arts policy around the world is connecting place and people to innovation, education, health, and urban and regional development. At the same time, what we’ve long recognised as the public sphere is contracting, as journalism models fail, communities splinter, and political parties exploit change anxieties to foster cultural distrust. This makes the role of the arts more important that ever.

For art in the public space, this means developing really strong and clear national protocols for how to do this well. Penelope Benton has written a conversation starter that gives you a sense of where NAVA’s headed on that front.

Future/Forward, our two-day event on 14-15 August at the NGA and Parliament House, is Australia’s only gathering of contemporary artists to lead a national agenda on powering the arts. Please register your place soon so that you don’t miss out – we’ve got travel subsidies for each state being negotiated right now, and yes it’s not just for artists; we’d love to see government and philanthropy there too. The only way to create that critical public space is to do it together.

Recently a Create NSW survey suggested that the NSW Government is considering a move towards alternative funding models that might include investment for an expected financial return, and also, interest-free loans. This dangerous direction undercuts the work of artists and undermines the public good.

One of the most important roles of government is to focus the taxpayer’s contribution on those essential cultural goods that cannot be offered at profit. Public funding of the arts recognises that artistic practice is cultural, not commercial. It connects the contemporary to practices, rituals and forms of making that go back many thousands of years, while at the same time creating our future. It ignites our thinking, compels our action, and moves us deeply like nothing else can. Artistic practice expands what’s possible.

This is not to say that artists, projects and organisations can’t be entrepreneurial. No one is less risk-averse than the artist, whose every move is a juggle of moving parts that have never come together in this particular configuration before – and likely, never again. As well as finding ever-new ways to make ever-new work, artists work very hard on that parallel project of earning money through jobs in often unrelated fields, transforming those workplaces with their resourcefulness. The role of the artist in our culture goes well beyond the audience experience; the artist is our forecaster, our deep thinker, our provocateur, our rigorous investigator and our conscience.

Loans or financial return models that expect public funds to be returned to government turn those values upside-down. Rather than affording artists the space and time to create ambitious new work, they burden artists with onerous debt, compounding an already disadvantaged situation into a perilous one. Just ask the generation of university graduates whose start on adult life is a hundred-thousand-dollar set-back. This is no way to imagine a future. Especially at a time where artists’ incomes are dwindling, arts funding is shrinking, and philanthropy is under more pressure than ever before.

Such return-on-investment models have the additional disadvantage of introducing an entirely new disparity between artforms. While projects that generate box-office revenues have an inbuilt mechanism for adjusting income targets, fewer such options exist for work presented in galleries, community contexts and public spaces. It hardly bears reiterating that no further disparities between the performing arts and the rest of the arts are needed in Australia today.

A newly reinvigorated Create NSW will become a powerful advocate for the role of the arts in NSW – and with the election due in March, there will be considerable political interest in their success. With all the focus this year on the cultural economy, NSW is at the cusp of leading the nation on identifying that great balance between confident funding levels and confidence in the sector – confidence articulated via regulations that encourage great creative spaces, social spaces and public spaces. SA and Victoria are moving in this direction apace and there’s lots to be learned through better state-state relations.

That focus on the public is essential. This is where art is made, shared and discussed. This is how education creates resourceful, innovative thinkers. This is why countless studies demonstrate strong links between the arts and health, well-being, and effective urban and regional development. This is where an imaginative government can be a leader.

Let’s not be lazy with our approach to the arts. For a policy maker, this should be the brass ring, the career highlight, the most exciting set of challenges. The Victorian election is due in November, and the recent $200m+ announcement in cultural precinct space investment will be critical if it extends public space adventurously. In NSW, Arts 2025 is a near horizon – one we can plan for responsibly. Rather than shifting that burden onto artists, let’s design comprehensive policy that ends this era of weak thinking and meek funding. Let’s be realistic about the compounding detriment of state and federal cuts, restructures, program changes, lack of indexation, and organisational retreats and closures. This is a crisis. It requires a critical response.