NAVA chats to Ben Tupas about LIT Festival and working in Toowoomba. 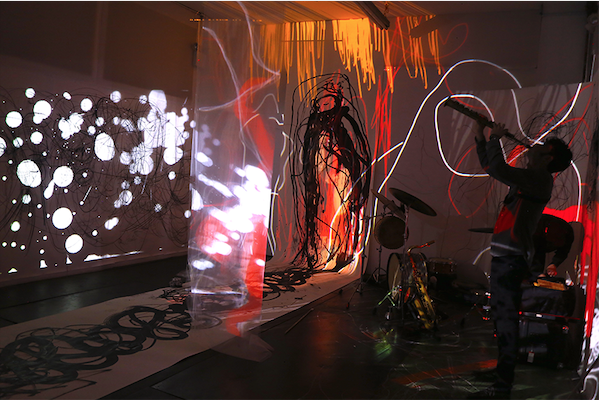 Presented by StoryARC, an artist run community of digital storytellers in regional Australia, LIT Festival: Stories In Light is a new arts event that will light up Toowoomba, QLD from 28-29 September 2018. Over two nights, Toowoomba will be invited to take to the CDB and see bold and colourful light projections, lanterns and sculptures that shine a spotlight on Toowoomba’s untold stories and unsung heroes – created by some of Australia’s most creative established and emerging artists including Craig Walsh, Kellie O'Dempsey and VIDa (Jesse Wright & Connor Quill). NAVA chats with Festival Director Ben Tupas about some of the highlights of the upcoming festival.

LIT Festival sounds as though it will be an exciting and ambitious program, could you give an overview of the festival, and what you are hoping to achieve?

For LIT Festival: Stories In Light we wanted to explore how digital and new media artists could connect their temporal public works to a wider audience outside a gallery.

Our major artists are Craig Walsh bringing his ongoing work 'Monuments' to Queens Park, Kellie O'Dempsey staging a live performance on the wall of a shopping centre and emerging artists VIDa activating a CBD mall, that to many people is a no-go zone after dark.

Local stories - historical, contemporary and emerging underpin all the works in the festival. Increasing access to art through community partnerships and exploring arts as a driver for tourism has also been a goal for us.

Artist, Craig Walsh will presenting a major work for the festival entitled Monuments, how does this work challenge traditional expectations of public monuments in our civic spaces?

Strategically we identified the tail end of Toowoomba's Carnival of Flowers event as a good time to see what LIT Festival could look like as an arts event. Craig Walsh's work is presented on two trees in Queens Park. For context, the work is a short walk from two military-related monuments to fallen soldiers.

Craig's work will feature two living, non-military people who dedicated their time to nurturing the natural local environment. One is a botanist who decided to dedicate his time to fighting lantana and other weeds in and around the local escarpments, and another is a social activist who has spearheaded a community project to use unused private land to assist new migrants to engage in small scale farming and grow food from their home countries.

LIT Festival aims to ‘shine a spotlight on Toowoomba’s untold stories and unsung heroes’, Could you tell us a little more about Lit Festival’s process of sourcing and representing local stories?, and who some of the ‘unsung heroes’ might be?

In staging the festival, we engaged in a research process to help inform work. Stories here means not only the traditional text and recorded histories, but photographs, printed ephemera, objects and even personal memory. We developed a partnership with the Local History Library in town who are in the process of digitising work as a starting point.

From the outset, we were mindful of broadening the overarching patriarchal, Eurocentric lens that decides which stories are kept - or seen as significant and which stories are left behind and not recorded for prosperity.

Some of the unsung heroes that emerged from the process were the Chinese communities that were part of the community during the early beginnings of Toowoomba. Another was Nell Robinson, a business owner and later local mayor and Queensland's first female mayor in the sixties. She also had a close personal connection to India with her travels.

The output of this research was then to help underpin works and allow artists to draw from these stories as inspiration rather than explicit retelling of the story.

The festival is presented by your co-founded ARI, StoryARC which is a collective of regionally based digital storytellers. How is LIT Festival building on the work of StoryARC and utilising digital technologies for the contemporary presentation of local stories?

LIT Festival really draws together what the ARI does and aspires to do, but on a larger scale. It's allowed us to think outside our own practice - for a wider audience. Around the major commissioned works are smaller-scale, single channel projections created by ARI members using shopfronts as the exhibition space. Exhibiting digital and new media works is limited in Toowoomba, so it's helping build an appetite for it as much as creating a space for it to be exhibited. We have been able to build capacity around arts curation and administration.

LIT Festival will take place in streets and public spaces across the Toowoomba CDB, what advantages do you believe that holding an arts event in a public space has for broadening engagement with the artists’ work?

Using the public space as a gallery works for LIT Festival on a number of levels. There's the obvious broadening of the audience and making it accessible to people who traditionally would never venture into a gallery.

The engagement also extends to government, large commercial organisations and small business. We're wanting to continue the conversation about the role arts can play in tourism and local economies, as well as a vehicle for promoting community connectedness and community wellbeing. Also, we're wanting to drive participation in the arts in our community rather than the 'I can't wait to move to Sydney/Melbourne to start my art career' option.

What impact do you consider art events such as First Coat International Festival and now LIT Festival have on building Toowoomba as a regional arts and cultural destination? And what opportunities does increased visitation present for local artists?

There is no doubt that arts events like First Coat and LIT have had an impact on building Toowoomba as a regional arts and cultural destination however we're still emerging on that front. Uncredited street art in Toowoomba is probably the second most popular backdrop for social media pics after flowers! The true cost is that these are still largely volunteer-run events. The opportunities are that local government can see the work that small to medium sized arts organisations are doing and continue to support us.

More generally, what impact do you believe that artists that are working in the public space can make on urban planning, place making and design, and how people experience and navigate regional urban spaces?

Artists working in the public space have far reaching impacts for the community. Arts Council Toowoomba have led the way in shaping how arts can impact place making through a mosaic project that was developed after the 2011 floods here and also their project Avant Garden which responded to the drought almost 10 years ago.

With LIT Festival, we want people to start get used to seeing their city after dark and artists to start exploring how art can go beyond the gallery walls and impact new audiences. By staging the event, we also want to explore how art can be expectation for a regional public space and not a one-off added extra. It's a challenge for us as artists, and also a challenge for those that build and define regional urban spaces. 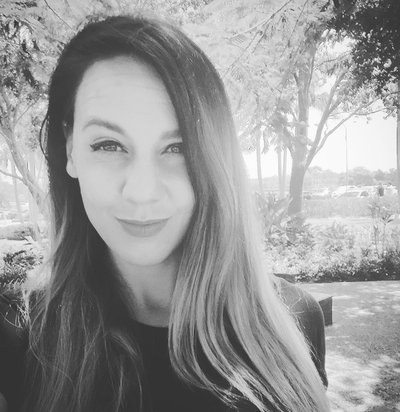