Tomorrow NAVA’s Executive Director, Esther Anatolitis, will travel to Canada and the US to meet with counterpart organisations, artists and advocates with thanks to an IGNITE Grant from the Copyright Agency. 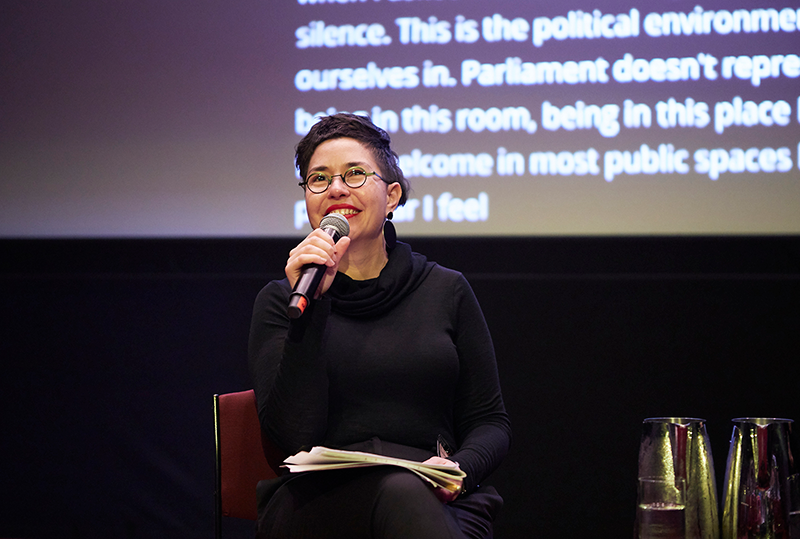 Esther, who was today named one of Australia’s 100 Women of Influence by the Australian Financial Review, will advance the global arts policy discussion at conferences, meetings and events.

“CARFAC is thrilled to welcome Esther on her upcoming trip to Ottawa, Saskatoon, and Vancouver,” said April Britski, CEO, Canadian Artists’ Representation / Le front des artistes canadiens (CARFAC). “We rarely get the opportunity to meet people in person who do exactly what we do in other countries. As art service organisations working to improve artists' economic and legal rights, we often share the same successes and challenges, even if we're far away. The last time we met with NAVA, ideas emerged and grew into concrete actions for our organisation, including the regional development of Best Practices projects across Canada based on the Australian model. We look forward to seeing what our next meeting with NAVA brings!”

Esther will also reunite with Americans for the Arts, with whom she presented the session on global best practice in arts advocacy at the 2016 IFACCA World Summit on Arts & Culture in Malta, on a trip funded by the Australia Council for the Arts.

“Both NAVA and CARFAC have contributed enormously to the arts and cultural sector,” said Robert L. Lynch, President and CEO, Americans for the Arts. “International collaboration is critical for the advancement of the arts and for interaction across nations. I know that Esther’s project in America will help foster necessary growth in collaboration and will help identify best practices which need to be more readily accessible to the arts field. This work is important to the international cultural policy sector.”

As well as meeting with key advocacy and sector service organisations, arts organisations and artists, Esther will present an armchair discussion on the mechanisms and the politics of policy change in the arts, alongside Patrick Close, Former Executive Director for CARFAC Saskatchewan, at the CARFAC 50th Anniversary Conference in Ottawa, at 10:30am Sunday 9 September at Ottawa City Hall.

“NAVA is committed to developing the very best frameworks, policies and practices that sustain artists’ careers. There’s so much for Australia to learn from the Canadian model including the Status of the Artist legislation, as well as the Americans for the Arts model of distributed advocacy for policy impact. Following the conversations that Future/Forward has started, I’m energised and focused on investigating this important work with rigour and care.”

To organise an interview, contact:  Jane Morey at morey media on