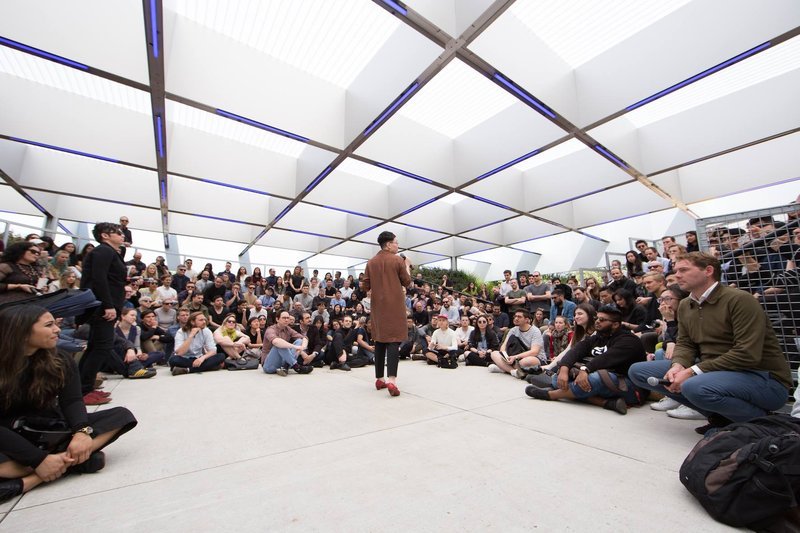 Welcome to 2019! Has your new year begun well? Spent good time with your favourite people? Got some rest in among all that celebration and invigoration? Made some quiet time for reflection? Good. You’re going to need it: we’ve got a lot of important work to do together.

As we head towards a state and a federal election – having just been through four state elections and one great big by-election day the year before – we’d expect our national politics to have reached some level of sophistication by now, able to articulate with clarity and conviction an ethical approach to the country’s top priorities.

Instead, all across the English-speaking world a chaos is reigning: a confected government shutdown in the US and an impending governance showdown in the UK are perilously undermining civic and cultural institutions for absolutely no good reason. The UK’s Creative Industries Federation is calling urgently for another Brexit referendum; given the massive risks to the cultural sector, 96% of their membership had voted to remain. Americans for the Arts have criticised the US government shutdown’s damaging impact on their fragile arts industry, and while a no-deal Brexit defaults on 29 March, there’s no end to that shutdown in sight.

Back in Australia, the politics of distraction is just too easy to play when media scrutiny has become so impoverished as to spark a government inquiry into the future of public interest journalism. Instead of talking about why women keep being murdered by men, or why a million fish are dying, or why senators are using taxpayers’ money to attend openly racist rallies, the Australian Government is dictating how to celebrate and dress on Australia Day, while continuing to ignore the Uluru Statement from the Heart. Imagine how valuable a First Nations voice into Parliament would be for the prime minister right now, offering much-needed wisdom on how to approach the full scope of these complexities.

Respect for arts and culture is so diminished that the prime minister’s office can’t even attract a graphic designer competent enough to photoshop a left and a right sneaker convincingly onto an unnecessarily edited image. Indeed, the arts don’t seem to be anywhere in the government’s thinking. And so, among all the chaos and the nonsense, we’re going to have to work hard to get the arts onto the election agenda.

So what are artists doing? Governance itself is emerging as a strong focus as artists continue to ask the questions and work through the issues for which politicians lack the courage. Next Wave has announced their 2020 festival theme: A Government of Artists – “inviting artists from all over Australia to form a government.” Civic culture and collective decision-making are also important to the work of Public Assembly, Flock and The Relationship is the Project, among many other artists and collectives across the country.

In an election year, decision-makers and journalists are listening intently – and it’s vital that artists are visible and vocal.

We’re leading a national campaign to unite artists across Australia and propel that collective voice:

We’ve been harnessing artistic, academic and political approaches to get our policy priorities right:

As well as policy, advocacy and action for a contemporary arts sector that’s ambitious and fair, while we’re doing all this we’re not going to lose sight of what’s most important to NAVA: you. Our Members. So, as ever, we’re going to focus this year on:

Whose interests are served by the politics of distraction? Those already in positions of privilege and advantage. Maintain your rage, yes – but be sure to maintain your focus. If you’re being asked to look in another direction, ground yourself on the strength of your own vision.

Now is a critical time to join. Or donate. There’s a lot of work to do from now to election day. We need to do this together.

We’ve got a big year ahead of us – a year in which your voice will have significant national impact – so let’s be sure to start our year right.