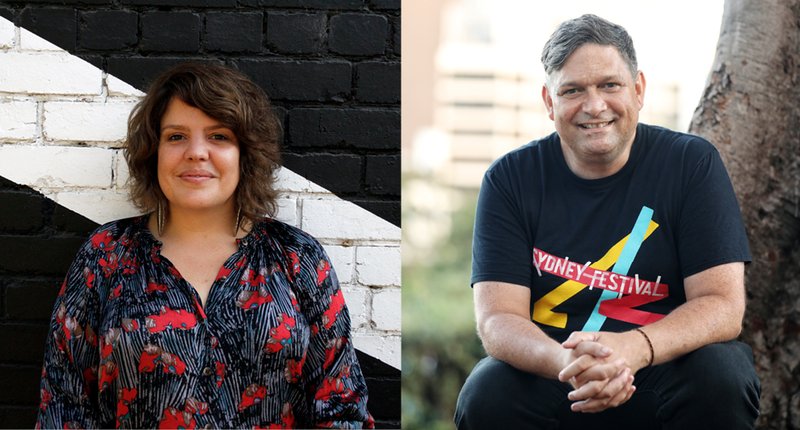 Chair of the NAVA Board James Emmett today welcomes Genevieve Grieves and Wesley Enoch to the board of the organisation leading policy, advocacy and action for a contemporary arts sector that’s ambitious and fair.

“I’m delighted to welcome Genevieve and Wesley to the NAVA Board,” said James Emmett. “Genevieve is an artist, cultural leader and museums professional with an impressive depth of experience across multiple sectors. Genevieve joins the NAVA Board as our Elected Aboriginal and Torres Strait Islander Member and I would like to thank all candidates for this elected position in what was a very strong field.”

“I have long admired Wesley’s vision, the power of his work and the public positions he takes on matters crucial to artists,” said James. Wesley joins the NAVA Board as an appointed Co-Opted Member, replacing Peter White who recently left the Board to take up the role of Senior Manager, Aboriginal Strategy and Engagement at Create NSW. Wesley and Genevieve join a strong and diverse board dedicated to achieving an ambitious and fair contemporary arts sector.”

Genevieve Grieves is a Worimi woman – traditionally from mid north coast New South Wales ­ who has lived in Narrm (Melbourne) for many years. She is an award-winning Indigenous artist, researcher, educator, curator, filmmaker and oral historian who has accumulated twenty years’ experience across the arts, culture and education sectors. Genevieve has consistently won recognition and awards for the variety of projects she has undertaken throughout her diverse career including online documentaries, film, art and exhibitions.

Her current role at Museums Victoria is as Head of the newly formed First Peoples Department. She is on the Executive at the Museum and responsible for developing and implementing the transformational theme of First Peoples’ living cultures and history to be placed at the centre of the Museum for the first time in its 160-year history.

As an educator, Genevieve has worked in the Australian Indigenous Studies program at University of Melbourne (UoM) including as Acting Head of the program. She has also developed and delivers a Masters Intensive at UoM titled, Working in Indigenous Cultural Contexts (2015-) for emerging arts and cultural workers. She teaches a highly-acclaimed version of this at the Footscray Community Arts Centre (FCAC) – a leading arts and cultural organisation ­– as part of their Generate professional development program. She is currently undertaking her PhD in the program focussed on Aboriginal art, colonial violence and memoralisation.

"I am humbled and honoured to have been elected the Aboriginal and Torres Strait Islander representative for the NAVA Board" said incoming board member Genevieve Grieves. "I have long been an admirer of NAVA and I'm excited to be contributing to such an exciting and dynamic organisation. In this country, arts and culture are not nearly valued enough and NAVA is the key body for ensuring our voices are heard and that we are viewed as a central and essential part of the nation. I see my role as helping to strengthen support for our First Peoples artists, bringing our culture to the forefront and supporting the decolonisation of our sector as whole."

“I have been a great admirer of NAVA, for their courage and moral compass,” said incoming board member Wesley Enoch. “NAVA is never shy of calling out the issues of the day and speaking back to power to protect and enhance the lives of artists and the role we play in Australian society. I am especially excited by the First Nations First approach NAVA has taken to supporting First Nations artists through practical programs and influencing policy development. I am very excited to be joining the NAVA Board.”

Today NAVA also farewelled Amala Groom and Terry Wu from the Board.

“I would like to thank all of our departing board members for their generous and expert contribution to NAVA,” said James. “Amala Groom was NAVA’s first Elected Aboriginal and Torres Strait Islander Representative Member. Continuing on the important contributions made by former First Nations board members, Amala was the first board member to be elected into the newly dedicated position which ensures a First Nations voice in NAVA’s governance. During her term, Amala championed the strengthening of NAVA’s First Nations program including the employment of Georgia Mokak, our inaugural First Nations Engagement Coordinator.

“The NAVA Board farewelled Gamilaroi Murri man Peter White some months back when he first took up his role as Senior Manager, Aboriginal Strategy and Engagement at Create NSW. I’m grateful to Peter for his wisdom and expertise across his brief time with us, and I look forward to working together in new capacities.

The tenures of Genevieve Grieves and Wesley Enoch on the NAVA Board begin on Tuesday 28 May 2019.