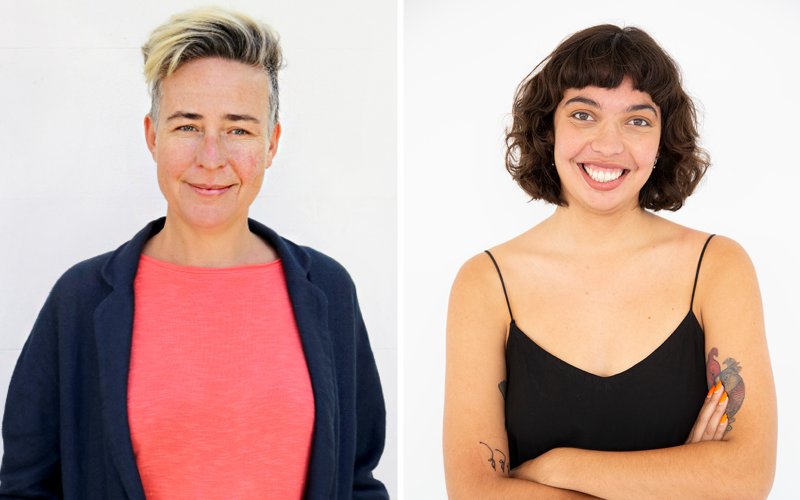 Rebecca Conroy is NAVA’s Campaigns Coordinator for the federal election period, supporting our Invest In Artistic Courage work until the end of May 2019. Rebecca’s work combines interdisciplinary practice with activism, working across site, community engagement, and performative interventions through artist-led activity. This work is bound up in mimetic strategies and the playful occupation of non-art fields such as urban planning, economics, and housing, particularly where it concerns the behaviour of cities and the rise of the creative entrepreneur within finance capitalism. Rebecca has created and collaborated on numerous platforms for artist-led activity including the Marrickville School of Economics, A Very Beautiful Laundromat, The Wedding Circle, Bill+George, The Drip Feed and The Yurt Empire, and has held leadership and provocateur roles at Gang Festival, Performance Space, Splendid Arts Lab and Artist Wants a Life. Rebecca joins NAVA on Tuesday 26 March.

Georgia Mokak is a proud Djugun woman from Broome, grew up on Ngunnawal and Ngambri Country in Canberra, and based on Gadigal Country in Redfern, Sydney. Alternating as a curator, producer, writer and consultant, in the arts and culture sector, Georgia is committed to developing safe and accessible spaces and resources, and to challenge the existing ideas around First Nations art and artists. She is also a presenter of Race Matters on FBi Radio, a weekly talk show and podcast covering race, culture and representation across arts, politics and news. Georgia has previously worked for Sydney Festival, MCA, Performance Space, Solid Ground, Carriageworks, Force Majeure, and NITV, and completed a double degree in Art History and Curatorship/Arts (Indigenous Studies) at ANU. Georgia joins NAVA on Tuesday 2 April.

Rebecca and Georgia join a strong and diverse team whose focus on artist and sector development drives productive collaborations.

For over five years Holly Morrison has been the trusted voice offering NAVA Members immediate advice and support. An expert on best practice standards across the sector, Holly holds qualifications in art theory and bookkeeping and has worked in youth services, galleries, artist studios and festivals.

Yuin/Dharawal/Ngarigo man Wesley Shaw is NAVA’s Professional Development Coordinator. Wesley is an emerging cultural leader who has worked in the educational, creative and cultural sectors for a number of years. Drawing from his experiences as a secondary teacher, and ongoing role as Assistant Programs Producer, Aboriginal and Torres Strait Islander Art at AGNSW, he is committed to embedding Indigenous knowledges and epistemologies within our nation’s cultural institutions.

NAVA’s General Manager since 2015, Penelope Benton is an arts administrator and practising artist working across sculpture, performance and installation. Penelope’s past leadership roles include Arc @ UNSW Art & Design, the COFA Students' Association, Art Month Sydney, Firstdraft Gallery and The Red Rattler, of which she was a founder.

“I often describe the NAVA office as a cross between an arts organisation, a newsroom and a campaign headquarters,” said Executive Director Esther Anatolitis. “To serve our Members and Australia’s contemporary arts sector, we need to be across the big issues, without ever losing focus on individual artists. I’m proud to lead a small team with big impact.”