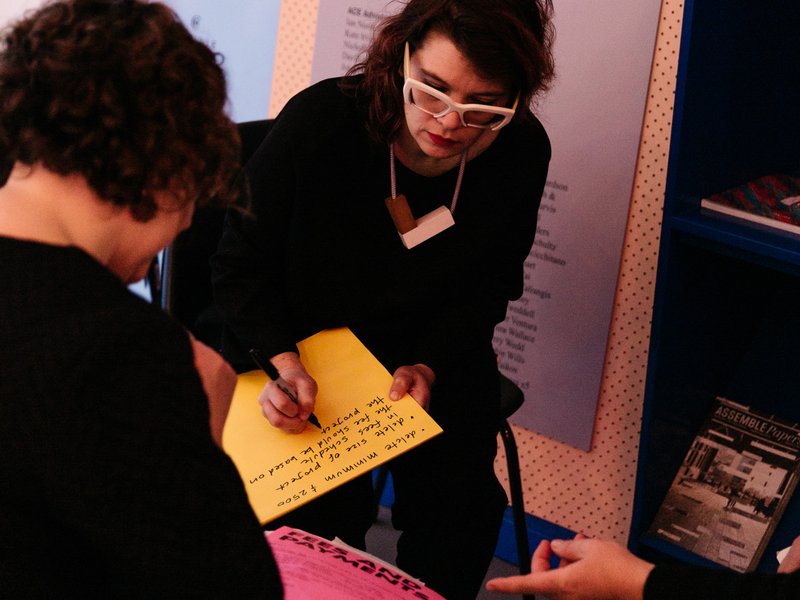 The escalating number of calls and emails for help that we receive each week, together with compelling research across the sector, demonstrates the urgency for our collective work on improving the sustainability of Australian artists' careers, and the conditions across our industry more broadly.

Last year, NAVA announced a comprehensive revision of the Code of Practice for the Australian Visual Arts, Craft and Design Sector and our 2018-20 strategic focus to advocate the ethics, negotiate the partnerships and secure the commitments that make the NAVA Code of Practice the enforceable standard across our industry.

While we expect this work to take some time overall, the biggest red flag is substantial falls in the incomes of Australian artists, and therefore this has had our primary attention this year.

Launched in 2001, the Code of Practice is intended to redress the lack of regulation and legislation operating in the sector by defining the underlying ethical principles for the conduct of business between artists, and galleries, agents, collectors, sellers, commissioners, the organisers of residencies, workshops, competitions, awards, prizes and so on.

Accessible with a free subscription to NAVA’s website, the Code includes recommended fees & wages not only for artists but also arts workers, and is our most viewed and cited resource. While we can see that thousands are looking at the fees section in particular, we know that its application is inconsistent. To address this:

The biggest change to the new Pay Standards was driven by strong sector feedback requesting that artists’ fees no longer be determined by the blurry boundaries of whether an artist is emerging, mid-career or established, but instead be set based on organisation size, determined by operating budgets.

While the Code currently sets base minimum standards, and states that better resourced public galleries should pay more than the minimum, feedback collected between 2015 and 2019 shows that some medium and large organisations are paying the same fees as a small regional gallery with an operating budget of $358,000. In all of our roundtable consultations, it was unanimous that the Code needs to be clearer that medium and large organisations should not be paying the same level of fees as small organisations.

Another push from our consultations thus far is that a revised Code should raise the bar on professional standards. Members and artists from all over Australia are telling us that it's time to do less and pay more. NAVA's Code of Practice is an important internal advocacy tool towards achieving this. In a constrained funding environment, we're all working together to ensure best practice standards don't continue to suffer for artists.

Of course, the revised Pay Standards sit alongside NAVA's ongoing advocacy for substantially increased public investment in the arts at all levels of government. For government bodies, these standards should inform your policy work and funding bids.

While we make minor updates to Pay Standards annually and implement these immediately, this major revision will come into effect in 2020. NAVA welcomes feedback until 30 September.

NAVA's next steps in collaboration with the sector. Illustration by Emily Johnson.

Statement from the Chair of the NAVA Board, James Emmett, and Executive Director, Esther Anatolitis