You Can’t Sit With Us! Visual arts omitted from support initiatives 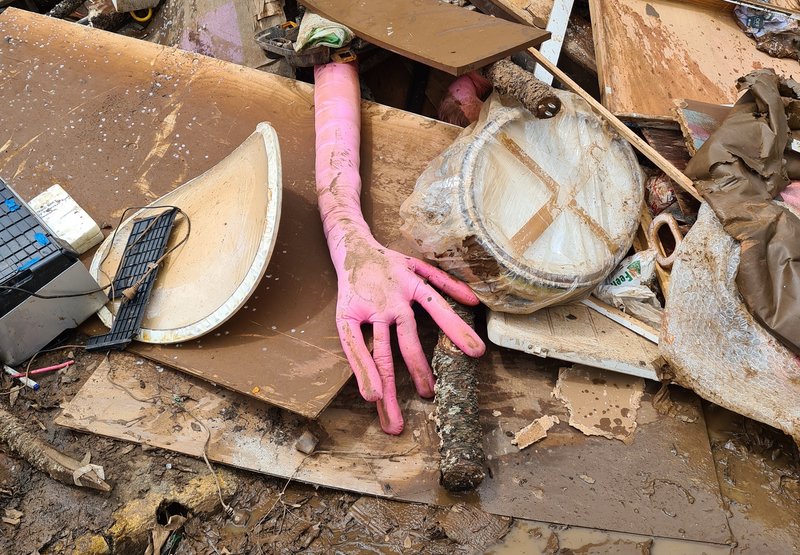 The visual arts, craft and design sector is calling for a seat at the table of emergency response support negotiations.

At the end of September 2022, the Federal Government announced a national Covid Live Performance Support Fund for events such as plays, concerts and festivals. The Greens followed the announcement with a call for the government to extend the new fund to cover events cancelled by extreme weather-related disasters. Both omit the visual arts.

‘NAVA has long been advocating for pandemic relief initiatives to be extended to the visual arts, alongside music and live performing arts,’ said NAVA Executive Director Penelope Benton.

‘NAVA is deeply concerned about visual artists and craftspeople working without the protection of insurance and calls for this new initiative to go further. Another La Niña is currently underway – and continued heavy rainfall is likely to flood or damage a number of artists' studios. As climate change worsens, dangerous weather events are becoming more frequent and severe.’

The peak body and support agency visited studios, artists, and organisations and lobbied the state and federal arts ministers for awareness, and funding support.

The Covid pandemic and extreme weather linked to climate change have impacted on both risk management requirements and the cost of insurance. Insurance against disasters can be prohibitively expensive for artists and arts organisations, especially those living and/or working in at-risk zones. The recent cancellation of home insurance policies for artists producing work at home without an alternative solution exacerbates the already precarious working conditions that artists are facing.

An expanded support fund inclusive of the visual arts, craft and design sector should also ensure galleries and organisations can respond to emergencies like flood, storm and fire, as well as threats such as disease, climate shocks, environmental breakdown, digital threats, malicious damage and workplace health and safety without drawing funds away from their ongoing work.

NAVA and Arts Northern Rivers call for a visual arts support scheme to be designed in consultation with the sector as part of the Australian Government’s new National Cultural Policy, and for a seat at the table of ongoing national recovery and resilience planning.

The National Association for the Visual Arts (NAVA) is a membership organisation which brings together the many voices of the contemporary arts sector to improve fundamental conditions of work and practice. We do this through advocacy, education and the Code of Practice. For further information on NAVA visit www.nava.net.au

As the peak arts organisation for the region, Arts Northern Rivers deliver services and projects that foster artistic innovation and excellence and work to ensure access and engagement with arts and cultural activity.