If you’re under the illusion that we have freedom of expression in Australia, think again. Gender, race and politics are a volatile mix. For this issue of Art Wires, NAVA asked for the observations of several artists whose work could be considered controversial. 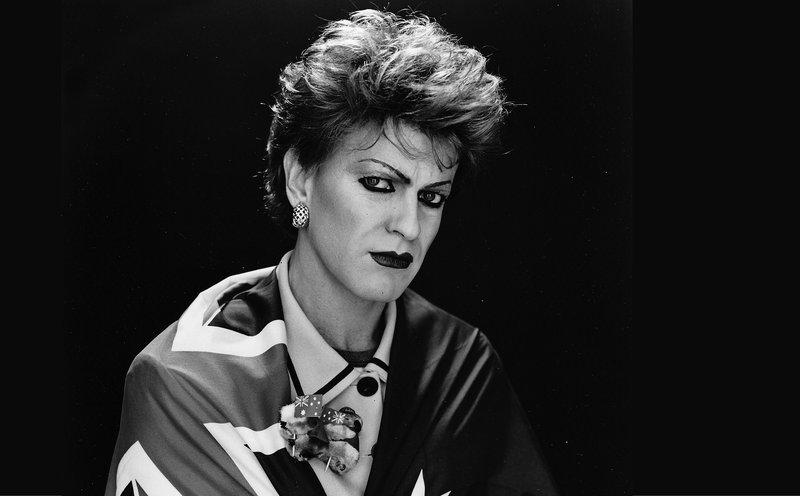 Now that Pauline Hanson is back in parliament, the pressure is coming on artist Simon Hunt to reprise his Pauline Pantsdown character. You may remember he got into a bit of trouble over it last time around. Pantsdown found an original way to send up Hanson’s racial attitudes using her voice clips to sing about being “a backdoor man for the Ku Klux Klan”. Originally made for a live performance, the song was given to radio station Triple J. For 9 days it was the thing until Pauline Hanson obtained a 'temporary' injunction in the Supreme Court taking it off air. It was voted number 5 in the Triple J Hottest 100 that year. Hanson sued the ABC for defamation and won her case 13 months later. Its current legal status is that the ABC are not allowed to play it on air, but the song is not ‘banned’.

The topic of racism has been one on which the Museum of Contemporary Art (MCA) in Sydney has periodically been challenged. At the front line for MCA complaints management, Sebastian Goldspink faced a couple of affronted visitors who protested that a work was anti-white racism. This was in response to LA based artist Sam Durant's works This is Freedom?, 200 Years of White Lies and End White Supremacy which were displayed on the façade of the MCA during the 16th Biennale of Sydney in 2008. It was comprised of illuminated signs containing quotes from the placards used during civil rights protests drawn both from the African American and Native American experience in the US and similar campaigns in Australia for Aboriginal rights. The police were contacted but said it was not their business.

More recently Indigenous activist artist Richard Bell’s work elicited a threat to destroy it and threats against the gallery staff. And in another case, from more than 100,000 visitors to see Indigenous artist / curator, Brook Andrew's 'Taboo' exhibition and program of talks, performances and film screenings which addressed matters of race, ethnicity, politics and religion, there was one letter sent to the Australia Council to try to get it shut down on the grounds of racism towards the British. The then Premier Barry O’Farrell who was coming to open another show was informed. However, sensibly he responded saying he had always believed that politicians had no business telling artists what to do. In every case, the gallery held firm and did not allow the works to be censored.

Artist Fiona Foley has admitted publicly that her public artwork, Witnessing to Silence, outside the Brisbane Magistrates Court “was done by stealth”. She chose not to reveal that the 94 place names were sites of Aboriginal massacres in Queensland. “I told the commissioners these were places of fire and flood. That was the only way I could get the piece in.”[1]

It is often the case that antagonistic responses to art come from relatively few individuals or particular interest groups. However, they can be disproportionately influential. Now running the Alaska Projects ARI, Goldspink points out that context has a lot to do with the attitudes of audiences. For the big public organisations, people have a sense of entitlement as tax payers. With ARIs, the attendees are usually rusted on experimental contemporary art supporters who expect to be challenged.

One interesting case affected by the political environment occurred in 1989. As part of the ARX Festival in Perth, eight film-makers were commissioned to make 30 second Super 8 films for a project entitled 'Personal Ads: 30 seconds of fame', to be screened within commercial breaks during a late night film on Perth's Channel 9. It was a tricky time when Western Australia was going through the final battles surrounding the decriminalisation of homosexuality. One of the filmmakers Stephen Cummins decided that the best ‘product’ to be 'sold' on WA TV at this time was a gay kiss under the title, 'Taste the Difference'. FACTS, the federal advertising self-regulation body, passed the film as being suitable for late night viewing, but TV Channel 9 banned the ad from broadcast because of the 'explicit nature' of the kiss. However, shortly after, the SBS program Eat Carpet screened all eight of the Personal Ads, including 'Taste the Difference' without incident.

An artist with experience of gay self-censorship by a casting agency, Samuel Hodge said, “I think the way we think about censorship in Australia is symptomatic of the greater problems we have with everything ‘safe’. Our obsession with occupational health and safety, the lock out laws, tall poppy syndrome, the defunding of arts, the closing of art schools; we are essentially creating a super boring and safe society that… assumes the general public are stupid and can’t think for themselves or take responsibility for their own actions.” Artist Deborah Kelly agrees, “I believe artists are censoring themselves in advance of anticipated state intervention. The cops inside us are our most intimate enemies.”

When faced with a request to either censor pubic hair in a mural at MAMA Gallery in Albury, or install her work in a less prominent position, artist TextaQueen questioned the justification of needing to warn gallery attendees of ‘sexual content’ before they entered the space. Although she did agreed to self-censor the image, with a V8 vegetable juice bikini bottom, she said “I didn’t agree that the image was overtly sexual,.. considering that art portraying 'controversial' content that is sexist or racist doesn't require warnings.”

Writing from New York in response to NAVA’s question about community standards around censorship, artist Drew Pettifer said, “On the face of it, the idea of meeting ‘community standards’ seems a reasonable guide for assessing what is acceptable in terms of public re/presentations. When you drill a little deeper, however, historically the pretence of maintaining community standards has been used in legal contexts to punish or censor representations of LGBTIQ people and other situations, like normalising opposition to interracial marriage.”

Pettifer continued, “It seems so often that the idea of community standards according to the ‘average Jo/e in the street’ ends up applying the values of white, conservative, middle class, straight men. If we are talking about the application of progressive community values, discouraging representations that are openly racist, sexist, homophobic or otherwise discriminatory, then I prefer to see community action and debate used to shift the discourse around these issues rather than asking governments and institutional powers to just shut them down. I think open debate is a much better way to create a civic community rather than work being censored from on high.”