A message to NAVA members and subscribers on the “marriage equality postal survey” from our Chair, James Emmett. 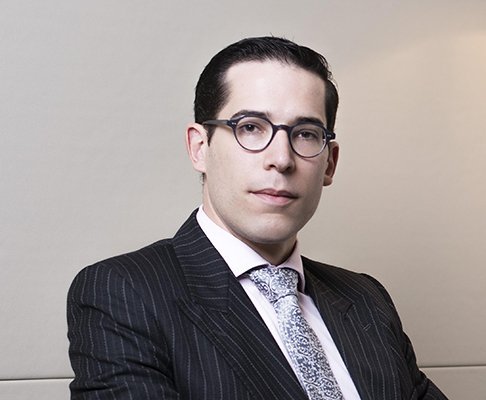 I’m writing to you as Chair of the NAVA Board of Directors about the “marriage equality postal survey”. As a barrister, I’m already on the record trying to stop the survey by legal means. I’m now writing to NAVA members and subscribers to ask three things in the lead up to this vote. None of them, I hope, will come as a huge surprise.

First, participate
I don’t just mean voting – although please, please, please vote if you’re able to. I also mean participating in the discussion. Hopefully, you already are. Many NAVA members and subscribers, as artists and arts practitioners, have had proud careers participating in, often leading, public debate. I urge the public practitioners among you to do so here, whatever your position on the issue, in the loudest voices and the brightest colours you possess. NAVA has always championed that role for Australia’s artists.

Other NAVA members or subscribers may not court the public eye but are no less compelling in their practice and in the way they speak with their peers and loved ones. That kind of participation is equally important – perhaps more important – and NAVA enthusiastically encourages it.

Second, be nice
Yes, I really am saying this, and I’m saying it with the straightest face I have. The seasoned campaigners among you probably already have your hackles up.

Australia’s history of political debate is hardly a paragon of niceness. As the Hon Michael Kirby put it in one of his judgments, “One might wish for more rationality, less superficiality, diminished invective and increased logic and persuasion in political discourse. But those of that view must find another homeland. From its earliest history, Australian politics has regularly included insult and emotion, calumny and invective, in its armoury of persuasion. They are part and parcel of the struggle of ideas.”

Many artists have been the victim of this kind of calumny or invective, and I deplore it. I hope NAVA will always continue to come to their defence publicly and privately. At the same time, the work of many artists is beautiful or powerful precisely because it is disrespectful, precisely because it is angry. Art is not just a realm of ideas, it is a realm of passions. I trust that will never cease to be the case.

Still, I do ask for nice treatment of this issue. I ask for it because of another aspect of the practice of art – its particular ability to engender compassion and understanding for different perspectives. In the present debate, rationally or irrationally, people on both sides perceive children to be at risk, either from the debate or from its outcome. It’s easy to see how quickly that leads to division and resentment. The audiences we address, whether receptive or resistant, are being asked to confront one of the more intimate issues in their lives. If we don’t recognise the humanity of the people we are talking to and about, we diminish their potential to listen to us, in this debate and in future debates.

By all means try to persuade those people that particular fears for their children are unsound, or better yet take active steps to protect and support vulnerable people generally. At the same time, please be nice – if not for the grown-ups, then for the children in the heartland communities on both sides of the debate.

Third, look to your community
This last request is the main reason I decided to send this letter, and it will continue to be vital after all the ballot papers have been returned. It follows from the reason why I’d like us to be nice.

I thought it went without saying until someone very close to me told me she didn’t understand why there were such big rallies being held. That surely wasn’t going to change anyone’s mind, she said, and public awareness is already at fever pitch. It took me a moment to realise why I was cross in response – it’s because it completely overlooks perhaps the most important reason for many of these kinds of gatherings, which is an expression of community support.

Artists and arts practitioners have a very important place in any community. For many, the most rewarding part of their work is the opportunity to touch people. This is another role that NAVA has always tried to foster. Now, more than ever, that role should combine leadership with compassionate support. Whatever happens over the next few months, I sincerely hope that we will all reach out to those around us.

In the meantime, please vote.

James Emmett
Chair, Board of Directors
National Association for the Visual Arts

From NAVA's Chair and Executive Director