The Budget as Cultural Text

This month, we ask, how best to read the Budget as a cultural text? 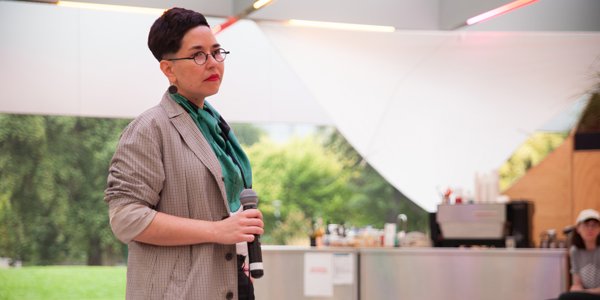 Let me get my hifalutin accent on, perch my glasses a little closer to my nose, and let’s talk about reading the Australian Federal Budget as a cultural text.

No national document outlines our Government’s values more starkly than the Budget. It’s a comprehensive snapshot of the outcomes of political battles conducted publicly and privately to settle on this final presentation of the nation’s wallet. It’s a clear account of what’s been chosen as a priority – and what hasn’t. And it’s an insightful view of the ethics underlying those choices, especially in the wording of new initiatives or budget cuts.

So what’s in it? Here’s a range of filters that budget.gov.au offers you for a closer look at last year’s Budget:

You can select “Education”, “Small Business”, or even “City Deals” (which seems to beg the question of what deals are or aren’t being done for our regions), but you can’t select arts or culture – because it’s not there.

Which is odd – because money for the arts comes from a lot of different places in the Budget, and this would be a great way to bring them all together.

The Department of Communications and the Arts, whose minister is Mitch Fifield, oversees the funding programs of the Ministry for the Arts, and also the Australia Council for the Arts, the Australian Government’s arts funding and advisory body which operates as an independent statutory authority.

Sometimes the Australia Council only finds out about changes to its allocation of funding through the Budget, or through the Mid-Year Economic and Fiscal Outlook, affectionately known as MYEFO. That’s the set of revisions made by responsible government in response to changing circumstances. It comes out just before Xmas, making it the ideal time to celebrate successes… or hide unpopular decisions. Last year, funding cuts in the guise of efficiency measures were unexpectedly applied to the Australia Council by stealth, indicated in MYEFO but only confirmed in another such update, the Portfolio Additional Estimates Statement or PAES.

Last week, Sam Walsh AO was announced as the next Chair of the Australia Council, pledging immediately that he would work hard to ensure that such unexpected funding changes become a thing of the past.

There are also funding and other programs for the arts that are administered by portfolios such as health, education and regional development. And in fact, as is often cited, one of the biggest spenders in the arts in Australia is the Defence Force. The ADF employs just under 300 full-time musicians and spends generously on maintaining high-quality instruments.

In the absence of a whole-of-government approach to the arts, it’s left to each of us to interpret the Budget with a critical eye, understanding individual revenue and expense measures as indicators of the Government’s own understanding of its role as a cultural leader.

So how best to read the Budget as a text?

For journalists it starts with a big day out together. The Budget day lockdown, trapping journalists in a room and depriving them of all contact with the outside world so they can pore through big fat embargoed copies, has itself become an institution – the stuff of insider columns and political cartoons. For this month’s NAVA news, we’re lucky enough to have one its most forensic and articulate explainers, Ben Eltham, to offer us a view from the inside.

On Budget night, the Treasurer delivers a half-hour speech at 7:30pm, broadcast live on the ABC, and the following night, the Leader of the Opposition delivers the Budget Reply at the same prime time.

These too are essential cultural texts whose performance and analysis reveal a great deal about the way the political class understands their relationship with the Australian public.

In this month’s Budget, which is revealed on Wednesday evening 9 May, we’re not expecting the arts to feature too prominently.

It’s boring having such low expectations.

I’d love instead to be surprised. Like seeing the arts budget doubled. For starters.

I’d love to see an end to the age-old majors/independents street fight that invests in extending the security of substantial long-term funding well beyond the performing arts.

I’d love to see long-term organisational funding models that establish meaningful partnerships on meeting cultural priories of national significance. I’d love to see the work of being an artist in Australia recognised as work, with confident budget measures articulated through tax incentives and super benefits, infrastructure and public space spending, as well as through investment.

I’d love to see the Uluru Statement inform a First Nations voice into all decision-making, including an assessment of the Budget. (More than that. I’d love to see the Uluru Statement embraced by the nation’s leaders – all of them. Not just in politics and government but across the corporate, community and cultural sectors. Let’s take  a self-determined First Nations voice seriously and with respect.)

And I’d really love to sit down on the first Wednesday evening of May and hear the Treasurer express with great pride the word “arts” as central to the nation’s plans.

Come on, Scott Morrison. Surprise us. Surprise yourself by laying out a vision for Australia that inspires artists to respond because of it and not despite it.

Can our current political leadership begin to conceive of an Australia that’s led by our most audacious risk-takers, with government there to facilitate creative work and not thwart it?

Come 9 May, let’s read and respond together.