'If our government wants cultural life to return, it must act now': an open letter from Australia's arts industry

Over 130 arts groups call on minister Paul Fletcher for urgent action over coronavirus hit to industry. 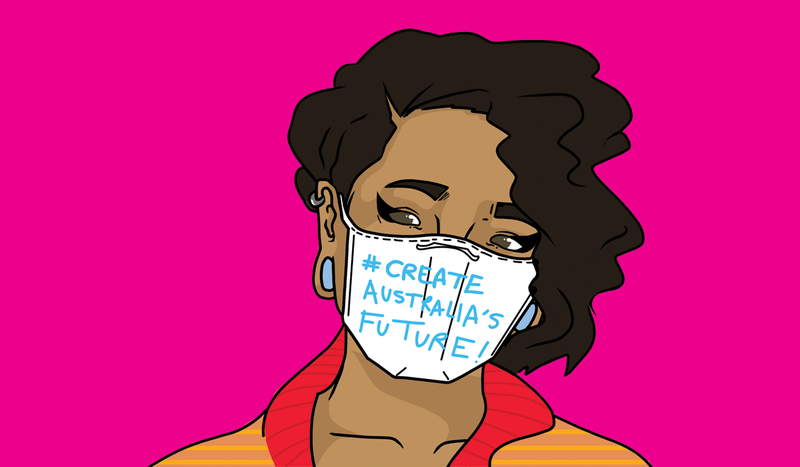 We celebrate the minister’s enthusiasm in yesterday’s piece and share his excitement for the day when Australia’s cultural life can resume.

To make sure that our creative industry survives to greet us on that day, urgent action is required.

We welcome the $27m in targeted measures already announced – they are a helpful start for some of the most vulnerable. We are running out of time, however, to address Australia’s $111.7bn creative industry comprehensively.

The industry has been clear and united in outlining the gaps that exclude the people who Australians rely on to create our future.

The exclusions from JobKeeper eligibility are perilous. Artists and artsworkers engaged casually for less than twelve months can’t access income support. Every exhibition, every show, every festival, every gig you’ve ever experienced relies on these experts. If they instead join the JobSeeker queues, they jeopardise their employer’s future as well as their own, because they’re draining creative businesses of specialist talent.

Local government institutions and their employees are excluded – that’s every regional and suburban gallery, museum and performing arts centre in Australia. The lifeblood of their communities, with nowhere to go.

70% of artists who earn a living beyond their creative work do so through teaching, but universities are excluded, as are university galleries and their staff.

The expectation that creative workers could claim JobSeeker while continuing to sustain a creative practice is optimistic: artists who receive any income towards their practice instantly lose that income support. While the Australian Taxation Office recognises what it takes to carry out a business as one of Australia’s 50,000 professional artists, Centrelink does not.

In his piece, the minister praised the innovative ways that artists are delivering content, citing the Adelaide Symphony Orchestra's Virtual Concert Hall and the Biennale of Sydney's Google partnership. But live streaming or digitising work isn't always an option, and it comes with its own pitfalls. Artists and organisations are foregoing ticket sales, copyright payments, royalties and all the other ways that their income is generated.

Compounding this, ditching content quotas for Australian drama, documentaries and kids’ programming cuts incomes at a time when all of the industry’s self-generated income is already gone, and community TV is being switched off. There’s shelves and shelves of excellent new Australian shows waiting for audiences – and after years of production and post-production work, it’s lost at the very moment when Australian audiences are craving it.

The Australia Council has had to jeopardise its future by cancelling valuable industry development programs to amass $5m for a resilience fund, given there has been no investment in its essential work at this perilous time. Kim Williams AM has joined the consistent call from the entire industry to double the Australia Council’s funding as a vital first step.

Australia’s most prominent artists have come out in numbers in strong support for an industry package as a matter of urgency. Tina Arena AM, John Bell AO OBE, Agatha Gothe-Snape, Rachael Griffiths AM, Rachael Maza AM, Richard Roxburgh, Sally Smart, Christos Tsiolkas, Julia Zemiro and many, many more have devoted expert attention to making this clear.

The response from the public has been extraordinary. Social media movements #DontCancelCreativity and #CreateAustraliasFuture have seen millions of engagements all over the country. Australians are having a lot of trouble understanding why the cultural life of the nation is not being considered as strategically as the tourism, hospitality, accommodation and aviation industries who rely on our success to drive theirs.

When the entire nation is telling you the same thing, you know it’s time to act.

The creative industry was the first hit, and has been hardest hit. Within two weeks of the shutdown less than 50% of our businesses were still trading according to the Australian Bureau of Statistics. This has since declined further: over 70% of businesses will be hit, with 75% of our people losing work according to the Grattan Institute.

For those who are eligible, wage subsidies do help distribute government welfare to workers who need it, but this is not an investment in the industry. Independent, non-profit and commercial businesses who’ve lost all self-generated income can’t cover non-staffing costs and may not survive this hibernation period.

No other industry has been hit anywhere near as hard. Bookshops. Galleries. Community museums. Live music venues. Theatres. Cinemas. Festivals. Closed. Some may never reopen.

The industry, our artists and our audiences have been united and clear in outlining what’s missing and what’s needed.

The opportunity before the Australian Government is a once-in-a-lifetime prospect.

Will you act now to create Australia’s future?

This article first appeared in the Guardian on 24 April as 'If our government wants cultural life to return, it must act now': an open letter from Australia's arts industry