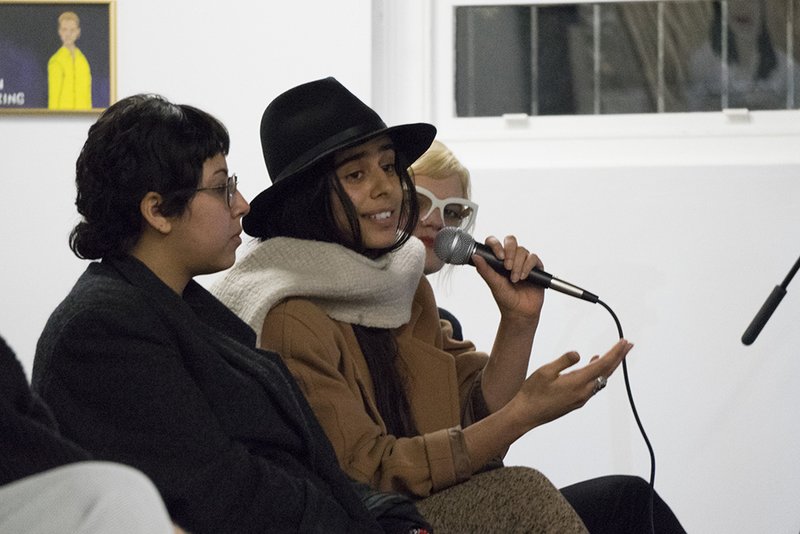 In early 2017, NAVA renewed its Fair Pay for Artists campaign to gain recognition for the rights of artists and other art professionals. This campaign has four components: artists’ fees; superannuation; tax; and social security. The need for this important work has been further illustrated by the Australia Council’s latest research report ‘Making Art Work’ which has revealed that about 61% of artists make less than $10,000 per year from their creative work [1]; 59% of visual artists and 68% of craft practitioners have a superfund or investment plan but 4 out of 10 artists worry about their future financial security [2]; only 25% of visual artists benefit from income averaging tax provisions for artists [3]; visual artists have the 2nd highest level of the longest consecutive period of unemployment between 2010 and 2015, and at least 1/4 of all artists who applied for unemployment benefits encountered problems in accessing these benefits specifically because of their occupation [4].

NAVA conducted a series of roundtable consultations and meetings in most capital cities and some regional centres across the country throughout the year, gathering your feedback on the priority issues for artists and the sector, further informing the direction of this campaign.

The following is a summary of what we learned and what we’re doing about it in 2018.

The payment of fees and wages to artists continues to vary dramatically and somewhat chaotically across the sector, particularly among the majors: artists report receiving three or more completely different amounts for the same work at different institutions, and there doesn’t seem to be any logical or transparent reason for this.

There is mixed opinion about the level of fees in NAVA’s Code of Practice and how to read them. There are a number of different scenarios where a flat fee is offered over an hourly rate, however the flat fee schedule does not take into account other expectations of artists such as attending meetings, installation hours, being interviewed or available for press etc. It has been noted that the listing of an hourly rate in NAVA’s Code of Practice would be useful for both artists negotiating allowances for additional administrative work, as well as to bring practice back in line with other industries - particularly for interdisciplinary organisations who are paying hourly rates based on standard industry awards in other artforms.

Another issue that arose from the roundtables is that artists are generally not paid when they are selected as a finalist in a prize or competition exhibition, nor paid, or paid poorly to show as part of festivals, and in most cases, are not paid adequately when working on public art commissions.

We are responding to these issues in four ways:

There is general confusion in the industry about superannuation for artists working in galleries or other arts organisations in various capacities. While receiving some mixed opinion from the roundtables about superannuation, artists overall expressed desire to be able to make contributions to their retirement like all other working people. The findings of the Australia Council’s research further demonstrates growing concern for future financial security among artists [5].

As part of this campaign, NAVA consulted with a number of lawyers and superannuation experts to resolve the grey areas of current legislation, finding that there are some instances when the concept of an ‘employee’ is legally extended to include the work of visual artists, sole traders and contractors for superannuation purposes. This could be extended further if the word ‘display’ was changed to ‘exhibition’ in the Section 12(8)(a) of the Superannuation Guarantee (Administration) Act 1992(Cth).

Other concerns raised as part of the roundtables include the level of fees some super funds take that outweigh the amount of superannuation received by low income earners; the additional administrative work for arts workers caused by incomplete or incorrect Super Choice Fund forms; and the need to restore the previous conditions for the Self-Managed Super Funds which encouraged investment in artworks.

NAVA will continue to educate the industry on superannuation and is considering other strategies and legislative changes to assist artists and arts workers to set up financial arrangements for their future.

Since releasing a Superannuation Contribution Obligations for Employers factsheet in May this year, we have received grateful feedback from a number of artists and art installers that they have now been back-paid super for up to two or more years.

For income tax purposes, artists who can demonstrate that they are 'in business' as a professional rather than a hobbyist, are able to claim their art practice expenses against all forms of income under the Tax Ruling: carrying on business as a professional artist. This also means that artists are required to declare all sources of income, including grants, awards and prizes. For artists and their tax accountants it is important to understand the conditions contained in this Ruling in order to be able to act appropriately.

NAVA understands that artists' incomes are often low and winning monetary awards and prizes is rare. For some time, one of NAVA’s arts policy recommendations has been that grants, fellowships, awards and prizes for artists should be tax exempt. NAVA plans to renew the push for the adoption of this recommendation in the new year.

In Australia there is no assistance provided to artists in recognition of the particular challenges in sustaining a lifelong career.

As well as artists encountering problems in accessing unemployment benefits specifically because of their occupation [6], it was also raised that artists risk losing Centrelink payments if they receive an artists’ fee, materials fee or are awarded a grant, prize or scholarship. However, these types of payments are likely to be a ‘one-off’ for the creation or presentation of artwork, rather than a contribution to living expenses.

NAVA is planning to conduct further research into how the current system could be improved for artists and artsworkers in order to resolve this issue with Centrelink.

For more information on Fair Pay and NAVA’s other active campaigns visit our Campaign page.